Are You Wrinkle Resistant?

Posted on July 26, 2016 by TheElegantologist

I have a friend who, with his wife and two children,  just touched down in a foreign country, where they will live for a few years. It was a ten hour direct flight which they rode out in economy plus, despite Mr. O’s height. When they disembarked, or deplaned (a far less elegant word),  Mr. O strode down the stairs in a highly wrinkled linen suit. He wasn’t in the least disheveled, just naturally wrinkled and prepared for the blast of heat that is common in that area of the world. I don’t know if he wore a tie. Mrs. O will, I’m sure, have been clad in dark tailored trousers and a well-cut silk blouse.  Regardless, Mr and Mrs. O are there to represent the United States and did so from the moment they stepped in country. 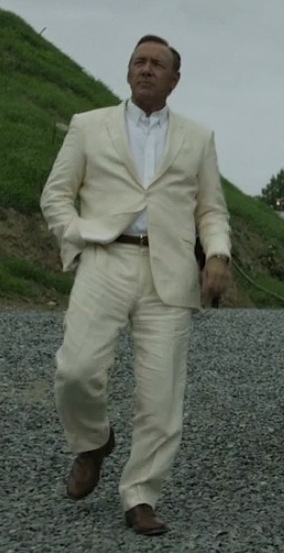 I like to think of them arriving. They choose to bring something like the old world element of travel to the modern era despite today’s often appalling travel conditions. After all, you’d be hard-pressed to be well-pressed after a journey of that magnitude.

Would you choose to travel in linen and risk the wrinkles? If you could change before a big meeting? Would that matter? Especially considering the ghastly temperatures under which we’ve labored recently?

Why not embrace a fabric that is supposed to wrinkle and arrive looking a little bit more elegant and a lot less rumpled.

7 Responses to Are You Wrinkle Resistant?