Posted on September 6, 2013 by TheElegantologist 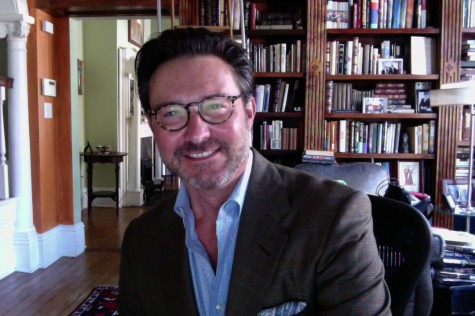 The whole gang who came of age between-the-wars were clean-shaven. After all, it was those bewhiskered Edwardians who got them into the whole end-of-the-world mess to begin with. It was a rebellion, albeit a neat and tidy one, in an effort to look forever young.

These days the trend is towards facial hair AND tailored clothing (lumberjacks aside.) A fuzzy rebellion I gather, against the clean-shaven, cargo shorts, flip flop and tee-shirt-wearing upper management.

My own whiskers came about after a beach vacation taken sans razor. I’ve trimmed it down to this two week-growth to keep it from getting too wild and wooly (which, you’ll agree, isn’t my thing.) There sure is a lot of grey in there. But the look has sort of …. errrr…. grown on me. Probably the influence of too many Italians in the photo blogs.

Should it stay or go? Can one be taken seriously with a fashionably furry face? The things that keep me up at night.

“Lenin had a BEARD. Gabby Hayes had whiskers….” George Carlin

This entry was posted in Uncategorized and tagged between the wars, Edwardians, Gabby Hayes, George Carlin, Italian influence, Lenin. Bookmark the permalink.

15 Responses to I just can’t decide…