In her book Found Meals of the Lost Generation: Recipes and Anecdotes from 1920s Paris

, author Suzanne Rodriguez-Hunter describes the meals that she found reading the memoirs, novels, poems and anecdotes of those famous ex-pats between the wars, when Paris was Hemingway’s “moveable feast”.

We’ve had a number of house guests recently, and that reminded me of the old tradition of “pot luck” suppers. For my overseas readers, the “pot luck” meal is one which features whatever you have on hand. I think I prefer the term “found meals”, as in “Well, I found this in the freezer…” I’ve written before that a well-stocked pantry will take you far in your entertaining, especially when you have short notice that there will be a couple of extra settings at the table that night, or a long weekend afternoon drinking rosé suddenly lurches into cocktail hour and you’re feeling a bit peckish after the children are put to bed. Sure, you could order-in, but better still is the creation of the found meal.

CallMeAl has dropped by a few times, once bearing the left-over picnic supplies from a weekend’s fishing that included some cheese and jalapeño sausages. Added to the chicken thighs, onion, celery, canned tomatoes and rice, we had the beginnings of a delicious jambalaya. More recently, three chicken breasts, frozen spinach and a potato gave me an inspiration for a healthy, light summer’s night, Greek flavoured found meal.

I began by marinating the chicken breasts in olive oil, garlic, oregano, lemon juice, a sprinkle of red pepper, salt and pepper. After half an hour, I sliced up a potato and layered it under the broiler rack in the little oven. I baked the chicken at 350ºF for half an hour. 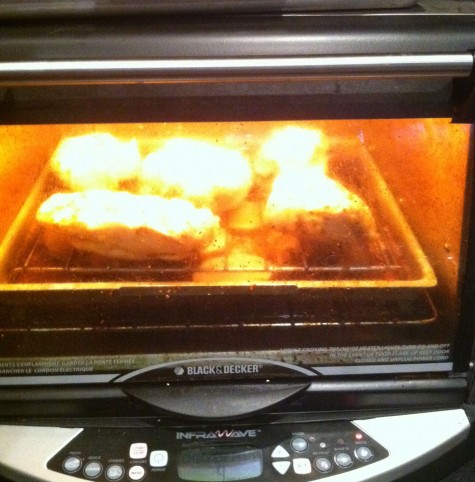 Meanwhile, I sautéed the spinach in olive oil with some minced shallot, dill, oregano, red pepper flakes, salt and pepper. 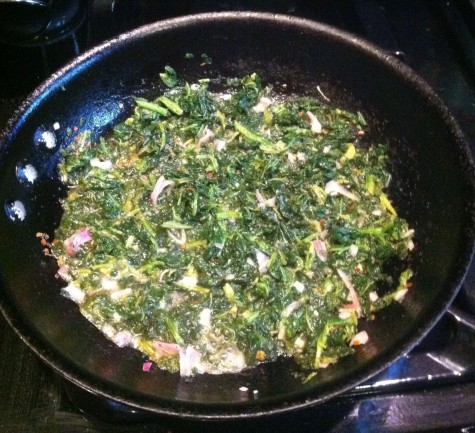 I finished the chicken for 10 minutes under the broiler and then baked the potato slices for another 10 minutes while the chicken and spinach mixture rested under a tent of aluminium foil. A sprinkle of feta cheese on the bed of spinach gave a bit of piquancy to the final dish. 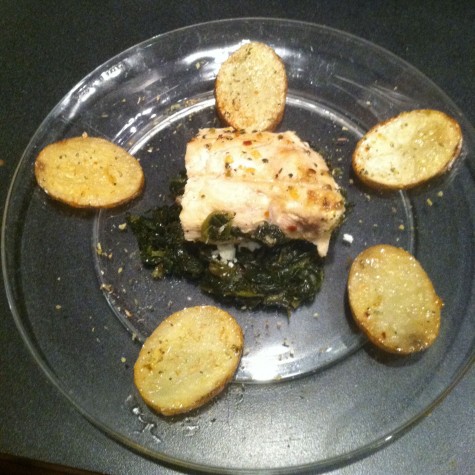 The found meal for Mrs. E., whilst we are reducing.

2 thoughts on “The Found Meal for CallMeAl and Mrs. E.”