“Day after day…” are the first words to a song by The Violent Femmes, a punk rock group from Washington, D.C. who enjoyed some level of success on the radio in the 1980’s. Punk rock is, I’m sure you’ll agree, not the most elegant and agreeable music on earth. So why would “Add It Up” pop into my head this morning? I sat down over a plate of Scrambled Eggs James Bond, Alaskan smoked salmon, a glass of fresh squeezed orange juice and my French pressed coffee to puzzle out why I was feeling less than elegant lately.

Now it helps that I can do this at the Manse at 9 am, because I work from home. However, if I’d had my wits about me, I would have opted for breakfast at a local luxury hotel, perhaps. Especially since the country club is quite a hike and very sporty. 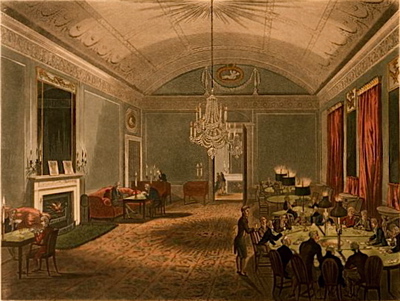 (This is Brooks Club, London.)

I’ve always maintained that elegance needn’t involve large inheritances. To some degree that is true. It may require a certain independence, however.  The freedom to set your own schedule is helpful. And the ability to buy a few fine clothes (remember that Brummel’s wardrobe was very conservative and never really varied.)

The ability to control one’s emotions is helpful. But not so much that you wouldn’t want to spread warmth and happiness with your presence. 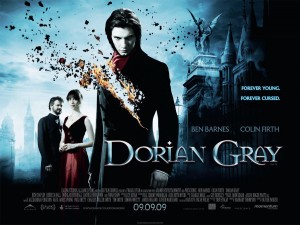 Children are a bit of a sticking point as they can be irrational little things. On second thought, perhaps it is staff that is the sticking point. When mundane things are done for you, you have more time to concentrate on the finer things that life has to offer. If Nanny is readying the children for school in the morning, you have a moment to make yourself presentable.

But what if you can’t afford help? Or the time to have a leisurely breakfast?

Breakfast finished, I began to reflect on what things had changed over the last several weeks. Thanks to illnesses, we have had to trade off household duties. Because I haven’t been working out, I pushed too hard two days ago and pulled a muscle or two, which has me off the weights and running for the remainder of the week. We’ve been entertaining and being entertained an awful lot lately; more than usual and not with the usual suspects. Both Mrs. E. and I are swamped with deadlines and work frustrations. In an effort to civilise the little house apes, we have been eating at the table. Which, for Mrs. E. and me means about two hours earlier than usual, and that means less time to prepare. Somehow, we are going to bed later, but reading more. I’ve just remembered to tune the radio to the classical station on NPR for the first time in weeks. I’ve worked in silence, it seems. 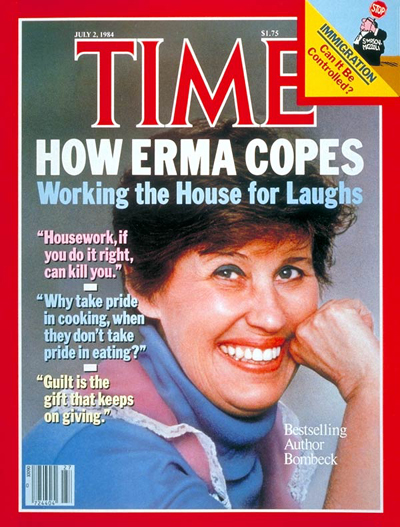 I’m getting the picture more clearly now. I’m off my routine in almost every way imaginable.

For those of us of more limited means, routine is the key to a more elegant existence. It is a way to inject some calm into the daily pressures of modern life. And today being Wednesday, I will wash and change the bed linens. I always have on Wednesdays. Pick up the miscellany that has accumulated over the last few days in preparation for the maid tomorrow (nature, Barrymore the dog and I abhor a vacuüm.) Early in the afternoon I will shop for some groceries and later, read a few favourite blogs before preparing the table and cooking dinner. Because, whilst I am not as emotionally stunted as Hugh Grant in “About a Boy”, I do like to divide the day into packets of time. It helps to realise that a few moments can be stolen. And elegance may live in those stolen moments. 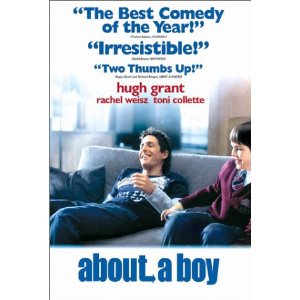 9 thoughts on “Day After Day: The Importance of Routine”