Posted on November 10, 2010 by TheElegantologist 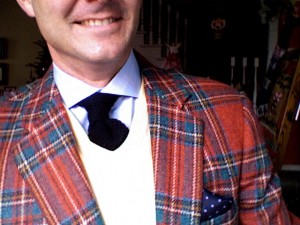 When I wore this coat to a party, Mr. Broadbent smiled ear to ear. “I love it,” he said, resplendent in his own colourful check. “You never see the really bold checks in America.”

With the holiday season rapidly approaching, many of you will reach (I hope) for a check, or plaid, coat to wear to the season’s parties. An equal number of you may wonder how to wear a bold check. I’ve recently run across two examples. The first, I don’t really like, despite my penchant for wearing as many colours and patterns as I can mix. 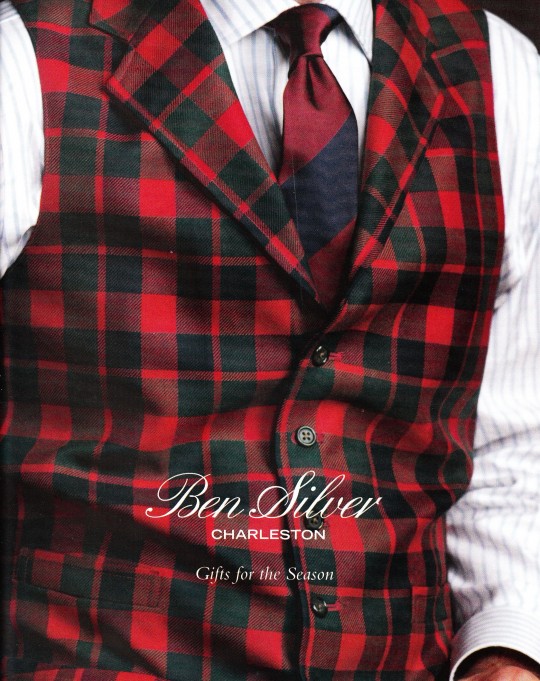 Far better, I think, is this example from Bespoke: The Men’s Style of Savile Row

, by James Sherwood, of Huntsman’s house check. It is how I plan to wear the coat pictured in the opening photo this year.

Bolder patterns can be elegant. Keep the rest of your ensemble simple and easy — let the plaid speak for itself.

9 Responses to Easy and Elegant Plaid