Posted on September 24, 2010 by TheElegantologist 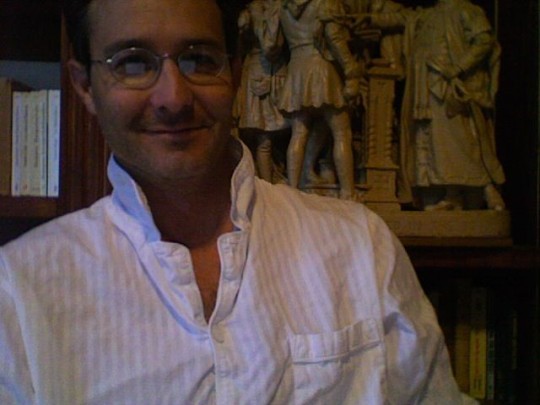 Up for hours without much to show for it. I’m at home with a sick little girl. Yes, I’ve managed to get Mrs. E. and Monkeyboy dressed, fed and off to school and the girl at least fed, but that’s it. Haven’t even had a morning cup of coffee yet, so please forgive the rather lost and vacant expression in the photo above.

This seemed a suitable post for the start of the weekend, for it could involve loafing about the house. How are you attired first thing in the morning? It’s hot here in Central Virginia already 70ºF and projected to be 96ºF this afternoon. All of which explains why I am not in a dressing gown. I am, however, in my pyjamas.

At one time a gentleman had three choices of nightwear: the nightshirt (informal or formal, with or without the collar), the sleeping suit with attached feet and pyjamas. (Paul Keers, A Gentleman’s Wardrobe: Classic Clothes and the Modern Man

A Gentleman’s Wardrobe: Classic Clothes and the Modern Man

, pg. 70) The 21st Century man has added a t-shirt and boxer shorts to the list, if he sleeps in anything at all.

I’ve reached the point where I think it best to have a pair of pyjamas. And it is comfortable to pad about in them in the early morning hours. Consider a pair. Derek Rose makes a beautiful version. 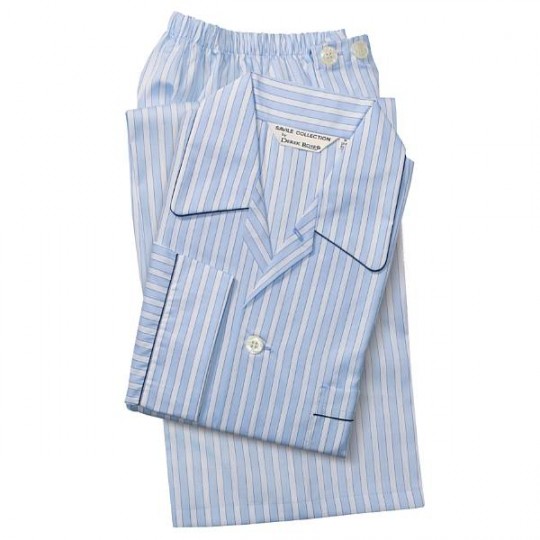 But even at Sierra Trading Post you’re going to shell out USD$160.

Mine are from Target, although they’ve done away with the 100% cotton version.