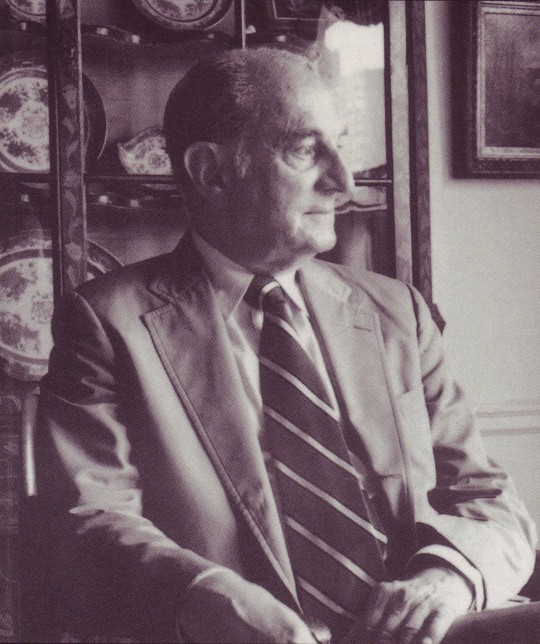 I had the distinct pleasure this weekend of spending some time with an author who was very possibly our last writer of novels of manners, Louis Auchincloss. He died not long ago and casting my eyes about the library in the manse, my gaze fell on one of his last books, a collection of elegant short stories called “Tales of Yesteryear.”

Groton, Yale, UVa Law, Naval Officer (WWII), cousin to Mrs. Kennedy Onassis, president of the American Academy of Arts & Letters and the Museum of The City of New York, full-time partner in a white shoes law firm in New York and denizen of Park Avenue, Mr. Auchincloss lived the life of which he wrote. He wrote his first full novel his junior (and last) year at Yale. Honour, morality and tribal mores were his themes. He wrote a book a year, snatching “bits and pieces of time” to write. That seems to me to be an apt description of his works as well. They are little bits and pieces of time; times that I fear may be behind us for good. The books that I’ve read remind me a bit of Cheever’s stuff. Some may find him a bit stuffy. I hear an older generation’s voice.

“Professional people, middle age and up” is his self-described audience, and it’s true that when I first read “Tales” I had not yet reached this middle-age. The stories resonated a bit more with me this weekend and I think I’ll take down “Honourable Men” next, or The Rector of Justin

I’ve been waiting to find an author who would lead me back into reading fiction. Louis Auchincloss and his bits and pieces of time may be just what I’ve looked for.

Listen to an interview with him here.

9 Responses to Bits and Pieces of Time. Louis Auchincloss.