Posted on January 5, 2010 by TheElegantologist 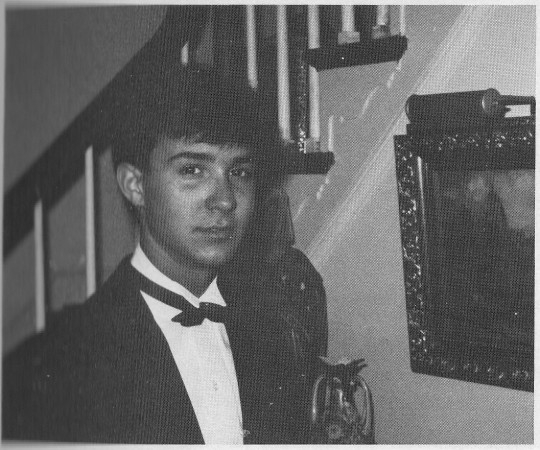 After six o’clock in the evening is an appropriate time for a man to choose darker suits and richer materials. Of course, the ultimate after six garment is the dinner jacket; in fact, there was once a brand of tuxedo called “After Six.” Mostly rental stuff and fairly inexpensive. I know, I had one by the time I was sixteen and making the rounds of the stag line during the season. That’s it above, styled with the oh-so-fashionable attached wing collar, wings worn over the bow tie in an effort at insoucience. It took a beating.

Although the dinner jacket may be the most elegant of evening attire, there is a case to be made for the midnight blue suit, or the Black Watch plaid jacket and odd trousers. That was the choice for a New Year’s Day Hoppin’ John party held down the street. 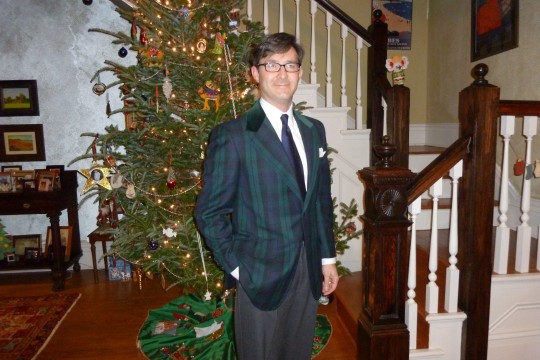 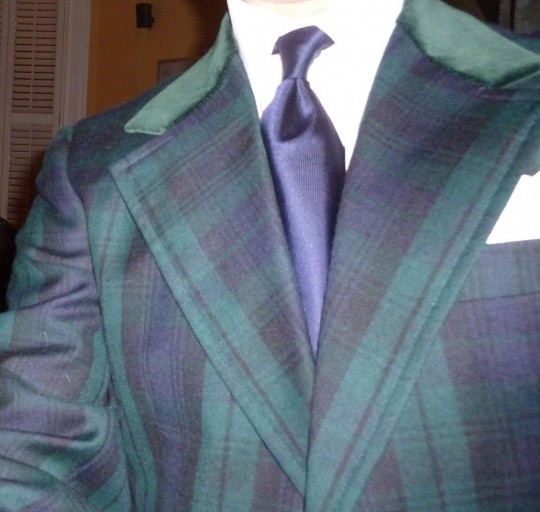 That jacket shouldn’t have made it this far. Like my After Six dinner jacket, it had taken a beating. It was my father’s snazzy holiday choice during our stay in Holland in the 70’s. (You can tell that the lapels are a bit wide as are the flaps on the pockets.) Over the years it sustained a lot of moth damage. Particularly at the collar. I could have tried to have it rewoven (I’ve had great results with other garments), but I chose another route. The damaged collar and the buttons have been covered with Holland & Sherry green velvet. With its slightly flared skirt, high cut arm holes and deep side vents I think the effect is rather striking, somewhat reminiscent of the Edwardian revival stuff of the 1960’s. I chose to set it off with a white spread collar shirt and navy tie. After all, it is a lot of jacket and didn’t need the competition. With Tom Ford’s influence and Ralph Lauren reëxploring the wide lapel, this jacket will be fashionable enough for the next year or two and then I will have the lapels and pocket flaps narrowed.

Incidentally, that slimming silhouette, the slightly longer skirt with deep side vents, hacking pockets, suppressed waist and a couple of other little touches will be seen again in the Easy and Elegant Life collection that I am developing with my tailor. Stay tuned. I plan to make it far too easy for you to be anything but elegantly attired.

In the meantime, when in doubt, stick with a classic dinner jacket like this 1930’s 4 X 2 that was Mrs. E.’s grandfather’s. It looked great all through New Year’s Eve and will for many, many more. 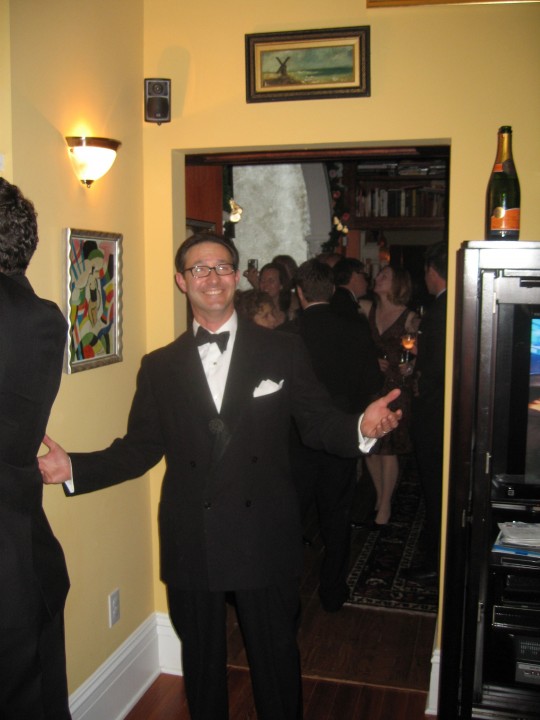 9 Responses to Dressing After 6 PM