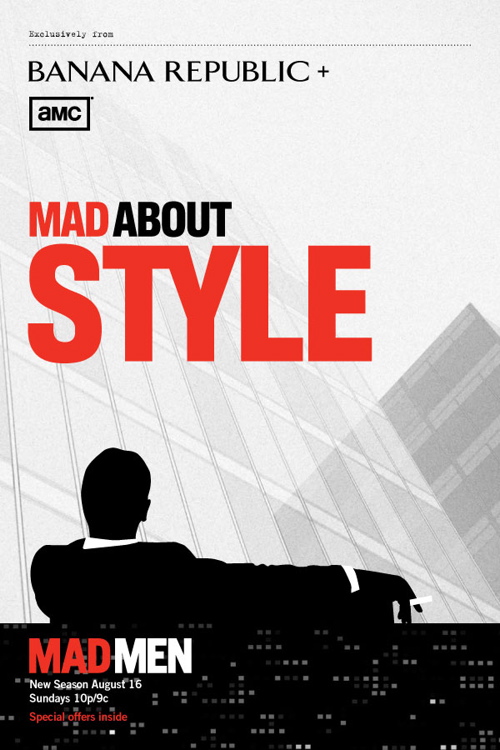 Interesting. I bet it catches on in New York, possibly Washington D.C. and I’m sure in L.A. , but will it play in Peoria?

Here at Easy and Elegant Life, we are all for anything that gets men (and women, but it’s a rare case when women do not rise to the occasion…) back up to speed sartorially. This is one of the easiest wardrobes to pull together, at least for men. The colour palette is limited, and the shirts are almost uniformly white. (The exceptions are noted under the “Mad About Shirts” headline.)

Challenging today’s younger worker to dress like a TV star might make a few step up their efforts at looking presentable with little effort. It is my firm belief that most people dress to look “cool,” whatever their personal definition of cool may be.

I was certainly guilty of this at a younger age. My childhood interest in “The War to End All Wars” (courtesy of the cartoon strip “Peanuts”) 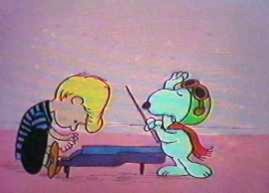 gave way to a deep and abiding interest in the period immediately following: the years between the wars.

Hollywood to the rescue.

Not the stars of today, of course, but the stars of the Golden Age. Immersing myself in those old movies subtly altered my tastes in what was considered cool. I wanted to be William Powell, Fred Astaire, Douglas Fairbanks, Jr., Gene Kelly and Cary Grant. Maybe there will be a measurable “Maddening” of the crowd.

But, I’d like to know what the good folks at Banana Republic suggest we wear casually, as that is where we tend to fall down on the job. A quick glance turns up some winning looks mixed in among the graphic t-shirts, cargo shorts, flip-flops and “destructed jeans.” At least for the cooler months. Polos and khakis seem the rule for the dog days in which we live.

Once again I will advocate the tailored trouser and the well-fitted, long-sleeved dress shirt. Throw a blazer or unlined sportcoat into the mix (even a cotton or linen tie when needed.) Hang nothing from your belt — neither keychain, phone, Blackberry nor talisman. Wear shoes, not flip-flops. I challenge the designers at Banana Republic to think outside our casual norms. WWDD? What would Don Draper Do on his day off? Sartorially anyway. Although my guess is flat front trousers, a rayon polo collar shirt and loafers, we can do better than that, can’t we?

5 thoughts on “Mad About Wardrobes that Function”