Posted on April 23, 2009 by TheElegantologist 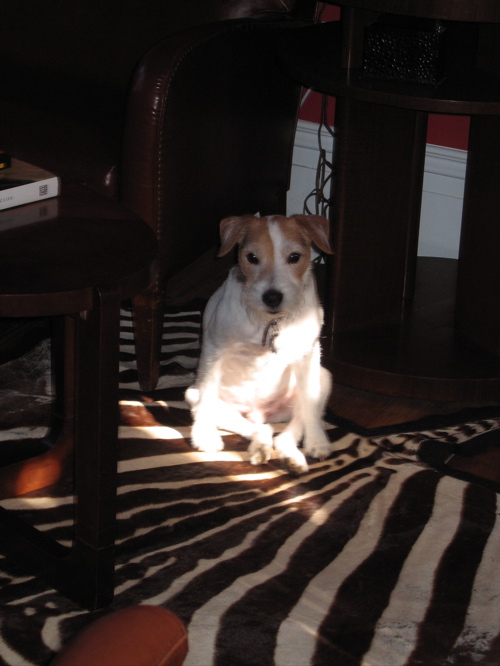 I didn’t know my first dog too well. His name was Pepe and he was a poodle. I developed allergies and Pepe went to live with my grandparents in Baton Rouge, LA when I was three or so. I met him once more, when I was about 11. He was grey. Seemed nice enough. I hadn’t thought about being able to own another dog since then.

Since he made his appearance yesterday, I thought I’d introduce Barrymore, seen seated on our bar floor, above. He is an 11 year old Parson Russell Terrier (what used to be called a Jack Russell) who we adopted at 3 years old after he washed out of the show/breeding business. (One incorrect tooth that kept him from ever coming in higher than 3rd place and that he passed along to two litters of puppies…. game over.)

His kennel name is Farmsworth Chatter and he has a much more distinguished lineage than do Mrs. E. and I. He is Yankee, but very nice and seems quite taken with the Southern clime. When we adopted him, he was nicknamed “Bear”, which we found ridiculous for a 15 lb animal. He had a way of sitting in profile that reminded me very much of John Barrymore. It wasn’t too far off and he seemed to adjust just fine. 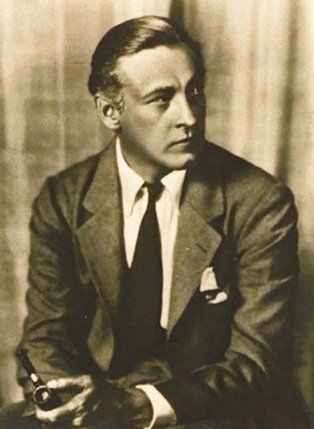 Barrymore was Mrs. E.’s birthday present. Pre-children she would knit him sweaters and actually kitted out a houndstooth number with an alligator belt of mine that had seen better days. One day, he looked over at me, walked across the couch, sat on my lap and became “my dog.” Not long after that, he came up all teeth between me and a mugger. Neither of us was shot and I believe that Barrymore did much to limit the duration of the encounter.

Since then he has been rechristened many times, after many an exploit, the latest not one week ago.

He is: Sir Barrymore, The Dread Pirate Wetbeard, Squirrel Bane, Chipmunk Breath and ‘Possum Scourge. He is my first dog. 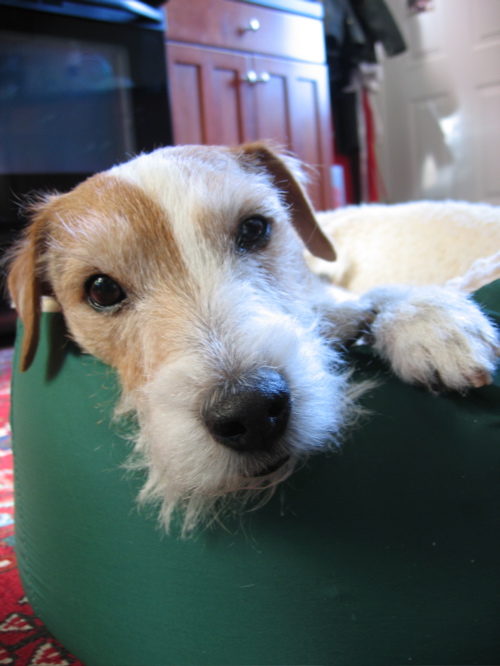 18 Responses to A Shaggy Dog Story