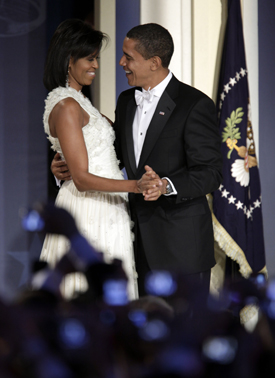 As we witness the dawn of a new era in Washington, D.C., we may have well seen the twilight of another.

It came as no shock to me that President Obama chose to forgo wearing a hat during his swearing in. Ever since President Kennedy left the top hat behind, that’s been the norm. Neither did I expect him to wear morning clothes to a ceremony steeped in pomp and circumstance. Our government changes hands and gets right to work. A well-cut business suit is still the standard, for the moment.

But the night of the inaugural balls held, for me, great promise. I hoped to see the President in white tie. And I did. Sort of.

I think that’s it for the most formal of dress standards. We have little chance to wear full evening dress these days. We will have to see what transpires if the President and Mrs. Obama host a state dinner for another head of state.

The beginning of the end was evident as early as 1955. At least that’s the publication date of my edition of “Emily Post’s Etiquette.” While she begins with a description of evening clothes and suggests using a good tailor to achieve the perfect fit, the subsection on the tuxedo, or dinner jacket, recommends that a man choose it when he must choose between a full set of tails and the dinner suit.

I’m not sure that it is a bad thing, as Mrs. Post so easily surmised:

“It [the tuxedo] is worn every evening and nearly everywhere, whereas the tail coat is necessary only at balls, formal dinners, and until recently in a box at the opera. … Since even Newport — which was the last summer resort in America that was formal enough to make the wearing of full evening dress the rule — has during the last few years practically given it up, there is now no occasion when a fashionable New Yorker can possibly wear full dress between the months of May and November, because neither opera, nor formal dinners, nor balls are given then, and in New York society an evening wedding is unknown. In San Francisco or Atlanta or other cities where evening weddings are fashionable, or elsewhere if balls are given, then full dress is, of course, correct regardless of the season.”

The second former President Bush wore white tie and tails once during his administration — at an official state dinner for HM Queen Elizabeth II. They weren’t particularly well-cut, or perhaps he was just uncomfortable being that formally attired. I imagine that is why most men won’t miss having to wear full dress (with decorations…. especially.)

I’ve only worn my tails once, to a dinner dance during which Doc Scantlin and His Imperial Palms Orchestra featuring the enchanting Chou-Chou played. There is a wonderful 1922 set that I have my eye on, but I’m not sure I’ll be headed for any state dinners anytime soon. Nor am I sure that the state dinners will be that formal going forward.

Perhaps unlamented, the loss of evening dress does signal one less opportunity for men to look truly elegant. 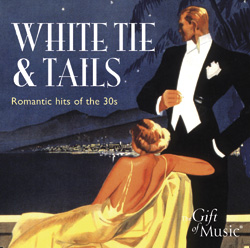 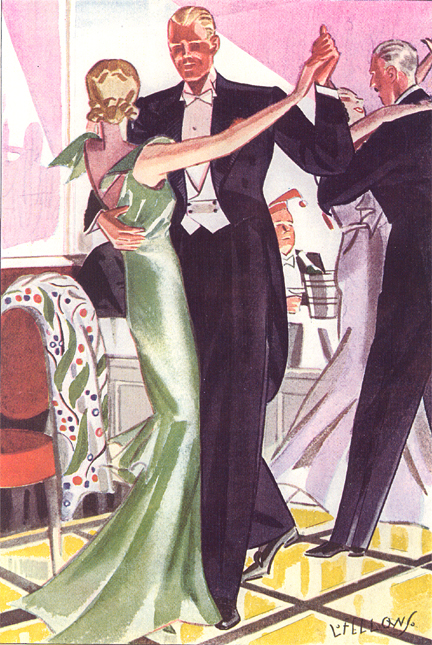 And lest you think that this level of formality was restricted only to illustrations and Hollywood movies… Meet Mrs. E.’s cousins… 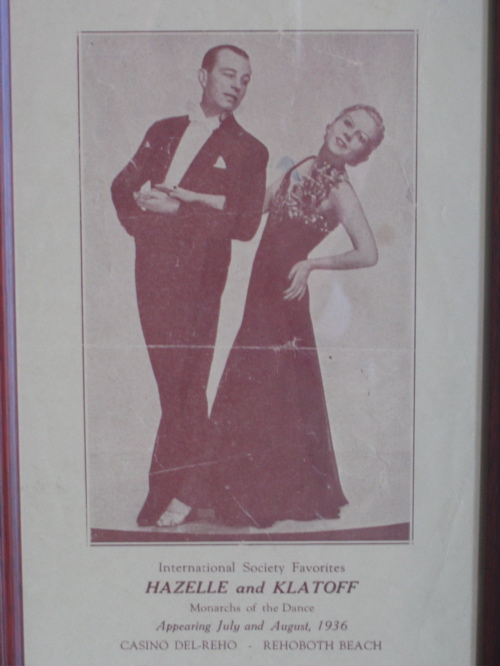 10 thoughts on “Heads and Tails”