The Remains of the Day

Posted on July 7, 2008 by TheElegantologist 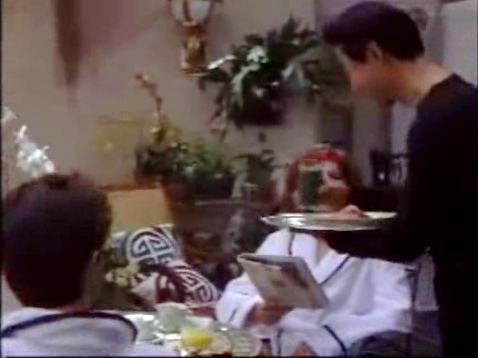 There are three of my easy and elegant rituals that I miss during these hectic summer months with the kids. (Or maybe it’s because they are getting older and so are more demanding of our time.)

Books, movies and music. I didn’t say “reading” because I still read– snippets of magazines and a tonne of blogs — and, as always, I am amazed by the depth of knowledge and the quality of writing out there. (Y’all are very good.)

Not long ago, when the children were infants, I began each day listening to music. Mostly classical first thing in the morning — “The Hour of the Guitar” on NPR, some baroque chamber stuff or the soundtrack to “Brideshead Revisited” (highly recommended) — while preparing breakfast. On Saturdays, there would be bossa nova brunches. Five o’clock would have cool school jazz or standards from the American songbook on the stereo in the bar. Now I know the lyrics to most of The Wiggles’ songs and my son is most soothed when I croon the themes to “Speed Racer” (he particularly likes my falsetto of the final verse: ” adventure’s waiting just aheaaad…”) or “Veggie Tales.”

At the weekend, Mrs. E. and I would spend at least one day watching an entire season of “Jeeves and Wooster” or numerous episodes of the “Sharpe’s” series and at least half of “Brideshead.” These days the household maintenance swallows up those precious hours.

How nice to have a man to do some of those things for you, as Mr. Crown so aptly demonstrates above.

I used to end each day by reading before turning out the bedside lamp (Lowe’s — cylindrical shade.) These days I’m lucky if I get to read the titles on the spines of the ever-growing pile before passing out from sheer exhaustion at 9:30 PM. (And I just heard an NPR interview with Ethan Canin, a favourite author, who has released a new novel “America, America” which I have added to that pile, too…)

On the whole the bookends of my day helped me to slow it down. Time is the ultimate luxury, after all, and the pursuit of elegance demands a leisurely, if measured, pace.

What remains of your rituals for stretching the days?

This entry was posted in Living and tagged movies, rituals. Bookmark the permalink.

8 Responses to The Remains of the Day