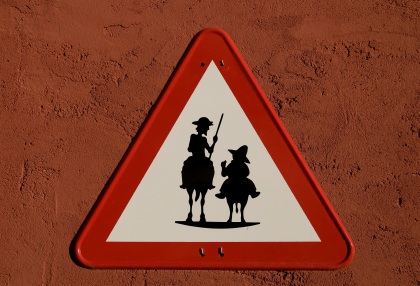 I think of living elegantly as sort of gliding through life. It is an appealing thought, that seamless transition from event to event, place to place and deed to deed. To live like this requires social lubricant. And no, I do not mean drinks at noon, as nice as that might sound.

I mean manners. Simple, direct, thoughtfulness. Ot at least awareness of the impact that your actions may have on others.

Like the young woman who didn’t curb her dog yesterday after “walking it” on my sidewalk. Mrs. E. unleashed her high school teacher alter-ego and ran her down to hand her a bag. For which action she was rewarded, what my friend from Tennessee would call, “the stinkeye.”

Yes, I am fully aware that I am tilting at windmills.

I have just returned from The Children’s Museum. Kids these days…

But who can blame them? They have no role models.

I realize that sportsmanship and manners are two distinctly different things. So the men who ignored the children’s behaviour think they have an excuse. I mention sportsmanship because, almost to a man, each of them was dressed for action. Iron Man triathlete watches. All-terrain trainers. Ripstop hiking shorts with extra pockets. Dry-release technical t-shirts or ripstop fishing guide shirts with the ventilated backs. Ball caps, boonie hats, straw golfer’s hats.

I was a bit surprised not to have seen a canteen swung from a shoulder. Yes, these were clearly coaches, assistant coaches, big game hunters, arctic explorers. They had bigger fish to fry than to worry about something so arcane as good manners. And each was being singularly ineffective at it, whatever it was. Most were just obstacles for the racing hordes.

Of course the place was a zoo. Which must have been difficult for the child actors who were belting their way through “Suessical, the Musical” (Abridged.) There were also a few polo shirted and be-khaki’ed men milling about with their charges … quiet and well-behaved children who watched the show. And a number of mothers and care-takers who were taking care to behave politely and not station themselves directly in front of me, thereby obstructing the view. One actually said excuse me when she tried to pass in back of me with the double stroller. I assured her that it was I who should be excused for impeding her passage. (“Oh, sorry… please….”)

No, I figure the coaches and crocodile hunters let their wives handle the social niceties. Not that there was any evidence that they had been so charged. They stood about, for the most part, in nicely dressed cliques of three and watched as their children ran roughshod over anything, or anyone, standing in their paths. When an older child zipped in front of my two year old and tripped him up causing him to smack face-first into the iron stairway he was trying to negotiate (I was a half step away… trying not to trip over the little hellion who dashed between us) there was simply a blank stare from a woman standing next to us.

No admonition to “be careful young man.”

Not even feigned concern or a “Oh goodness, I hope he’s OK.”

But then I imagine she was having difficulty talking on her cell phone since it was so loud in the museum today.

Is it because we don’t know everybody in town they way people used to? (“Oh Mrs. Reilly, I am sorry. Johnny is a bit wound up with all the chocolate and excitement today. Johnny, tell Billy you’re sorry this instant.”)

Or are we no longer a reflection of our parents? (“Mind your manners. You are an ambassador of your country” I was frequently reminded. “Do not embarrass us or yourself. You are a guest here” was another favourite.)

No, kids these days are wild. And I suppose some of us, “their elders,” will always worry about that.

The youth of today love luxury; they have bad manners and contempt for authority; they show disrespect for elders and love chatter in place of exercise. Youth are now tyrants, not the servants of their households. They no longer rise when elders enter the room. They contradict their parents, chatter before company, gobble up food at the table, and tyrannize their teachers. (Supposedly from Socrates as quoted in Plato’s “The Republic.” There is no firm attribution, though.)

I see no hope for the future of our people if they are dependent on frivolous youth of today, for certainly all youth are reckless beyond words… When I was young, we were taught to be discreet and respectful of elders, but the present youth are exceedingly wise [disrespectful] and impatient of restraint (Hesiod, 8th century BC via google answers.)

Now I’m all for frivolity. Many consider my pursuit of an everyday elegance to be completely frivolous.

Even kids these days.

But I will do my best, each and every day, to remember that I am, willingly or not, a role model. During one of my jobs, I had a boss who had a great motto. It has stuck with me through many a year. I’ll leave you with it.

So endeth the screed. I’m off to finish reading this. Back with something useful tomorrow.

14 thoughts on “Kids These Days”