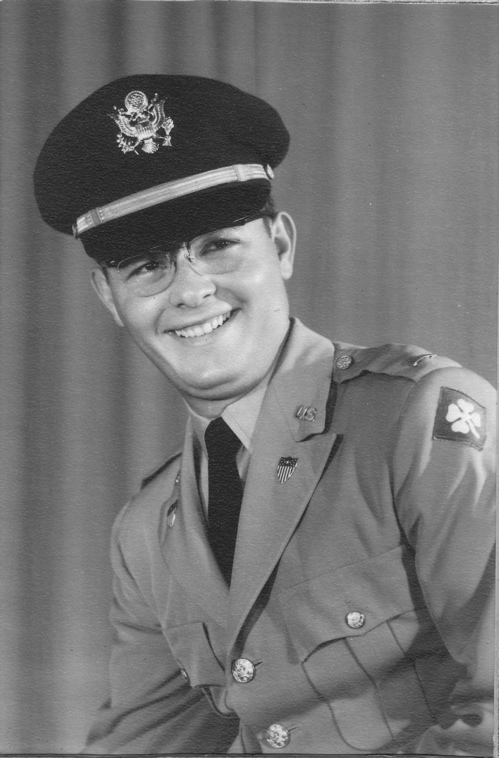 Dear Dad,
Happy Father’s Day. You would have been 72 this year and still had that same grin that you did when you were 21. I’ve got it, too. In fact, when friends drop in and notice your picture on the mantle, they often ask if I had been in the military. Can’t you see me? A butter bar? Just as unlikely as me in 1940’s pinks and greens… But I do look just like you. Still only speak two languages, though. I’m working on it. And my wife (you two would have gotten on like a house on fire) makes up for it with four more. That only leaves us one shy of your record…

I’ve got some great in-laws who came with the fantastic Mrs. E. . I’ll get to celebrate with my father-in-law today. You would have really liked him, and he’s ex-Navy, so the big game would have been quite a day. I doubt we’d have gotten the two of you out of his growlery. Certainly not after the first whiskey.

You’ve got two really good-looking and smart grandchildren. I know you’d get a kick out of them, they’re already bi-lingual. At least when they’re not screaming bloody murder (they tend to do that in English.) They do require a lot of entertaining. But I bet you’d be great at that. I’ll read “Tom Sawyer” to them when they’re older and don’t feel well. I always loved the way you did the Aunt Polly voice… ” ‘Tom! Tom Sawyer,’ cried Aunt Polly.” Isn’t that how it starts?

I wonder what you’d want to be called? “Granpa” like your dad wouldn’t quite fit. I think you’d have been a “Grandfather.” At least that’s what the kids call you when they see your photo. Well, now that they’ve learned it isn’t me in the picture. See? I really do look a lot like you.

You were only ten years older than I am right now when the Cancer got the better of you. I’ve beat it twice, though, and think I may make it a bit further. That’s not the only thing we have in common. I’m making a lot of the same mistakes you did. At least according to Mom. Well, as long as I get half of the things you did right, I’ll be OK. I understand you a lot better now that I’m a Dad. Wish I could have told you that over a beer. And I’m sorry I couldn’t do more in those last moments like you asked me to…

Anyway, I’m still learning, or making it up as I go along. And, all-in-all, I’m doing fine. But I guess you know that. Happy Father’s Day.