Posted on June 12, 2008 by TheElegantologist 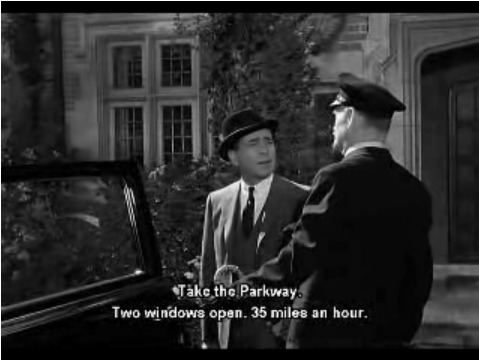 Do you think it’s the heat or that gasoline is hovering around UDS$4.00 a gallon? Or maybe it’s the angry music that most drivers like to blare from custom speakers?

Drivers these days seem more and more on edge and less and less forgiving. That we even have the term “road rage” is unsettling at best. That Walt Disney and company identified the disease in the 1940’s is upsetting. Remember the short with Goofy turning into a horned demon whenever he got behind the wheel?

Now I like to drive my little sports sedan with the best of them. And, in a pinch, I’ve been known to use the torque and the sixth gear to merge into heavy traffic. I’m working on my downshifting even now. But I like the idea of “motoring.” Whatever happened to the idea of motoring?

Or better yet, where is Fairchild when I need him? Ah yes, driving Linus Larrabee in the screen capture above from “Sabrina.”

I’ve said it before, I’ll know that I’ve made it when I have a car and driver at my disposal. That’s living, er….Big time. 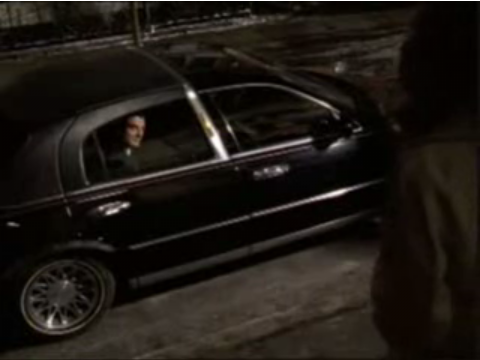 But until that august day, I’ll try and remember a few of the rules of the road.

Things like “right of way” and “yielding to pedestrians in crosswalks,” especially in 100ºF weather or downpours; and even more so since I am in an air-conditioned-leather-and-surround-sound-appointed vehicle. I don’t tailgate or cut people off; I am rarely in a rush.

How much more elegant would you feel leaving a little earlier or later (schedule permitting) to avoid the last minute rushhour? Imagine arriving at your destination unflushed, unflustered, relaxed and in plenty of time. It is easy to be enraged, but far less elegant than maintaining your composure when all those around you are losing theirs. Strolling, or its automotive equivalent, through life allows you to enjoy it that much more. When at all possible, I like to leave the driving, and parking — my bête noir — to someone else. If not, well that’s me in the right lane you’re passing, humming along to a little Vivaldi or Guaraldi, waving a thank you for letting me merge. 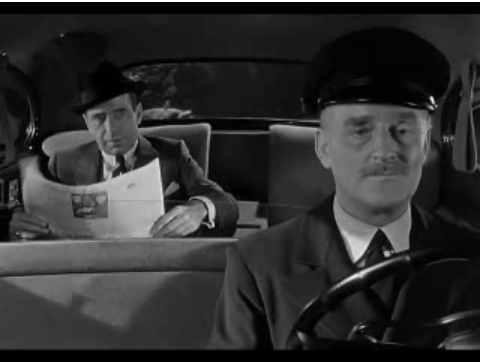 7 Responses to All the Rage