A Jazz Cocktail of a Rhapsody

Posted on March 5, 2008 by TheElegantologist 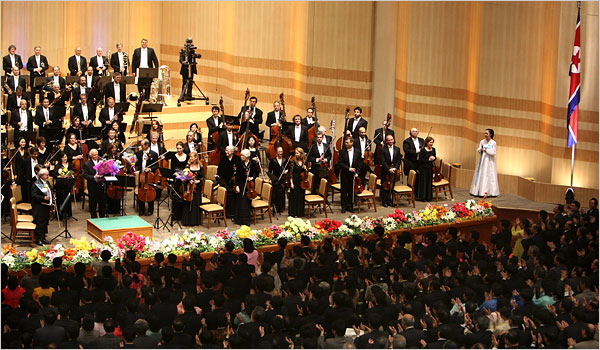 The New York Philharmonic has just returned from a whirlwind trip to North Korea, the first American orchestra that has been allowed to do so. Ping-pong diplomacy or legitimization of a tyranny? Who cares? I’m here to write about one piece that they played…. American music, a jazz cocktail of a rhapsody, composed in 1928, by the son of Russian Jewish immigrants.

George Gershwin was in England in 1926 for the opening of his musical comedy Lady, Be Good when he took a side-trip to re-visit Paris for a few days. During his brief visit he had the idea of composing a sort of musical poem about his impressions of the city. He even bought some French taxi horns to use in the piece instead of relying on his musicians to try and recreate the sound. Two years later he began serious work on his project and took another trip to Paris to meet with Ravel, Stravinsky, Prokofiev, Poulenc and Milhaud, to gather insight and to buy more taxi horns. It was June of 1928 — Spring in Paris — how could he fail to be as alive as any first time tourist? He returned to New York and finished the piano sketch at the beginning of August.

Gershwin divided what he called his rhapsodic ballet into three sections. At the beginning there is the excitement that our American visitor feels as he walks about the city — the hustle and bustle of the music and the honking of the taxi horns gives way every once in a while to a quieter bit where we can imagine him taking in the architecture and manicured parks, breathing the romance of the City of Lights. With the traffic imagery, I am always reminded of the stroll down l’Avenue des Champs-Élysées to the roundabout at L’Arc de Triomphe.

Then, Gershwin says in an interview in a 1928 issue of Musical America , our American compatriot gets the blues. Homesick, he stops into a café, perhaps to drown his sorrows, or maybe he feels his “Americaness” too poignantly. (Want to discover how true blue you really are? Travel for a few months at a time.) The drinks do their number on him and we are adrift. Eventually with all his boozy reflection, our friend begins to understand the enormity of his adventure and maybe his heart swells a little.

And then, the tab is settled — the saucers collected, our friend sets his hat and we are thrust back into the light of day — maybe even the dawn light–as it reveals the splendor of the (awakening) city with the first theme repeated and the American ready to embrace whatever the day holds for him. I always see him standing at the top of the Trocadéro and looking out to the Eiffel Tower. And yes, he always looks like Gene Kelly (the power of the image.) 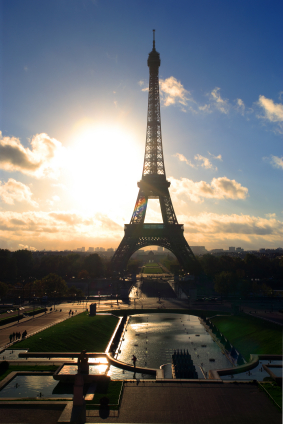 But that’s not what the North Korean audience thought of at all (well maybe Kim Jong Il did, he is a notorious movie buff. But was he even there?) No, the audience heard all the exuberance and freedom of America. George Gershwin and the New York Philharmonic gave them 18 minutes of The American Dream.

Who knows? If blue jeans brought down The Iron Curtain, maybe a little jazz will let the Reds get the blues.

This entry was posted in Cultivating and tagged Cultivating, jazz, music. Bookmark the permalink.

2 Responses to A Jazz Cocktail of a Rhapsody