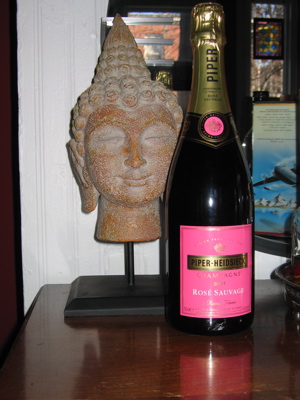 Has everyone recovered? My year didn’t get off to the most auspicious start. Which, like finding a scorpion in your wedding boot or whatever, is probably supposed to be good luck.

You will have noticed that posts older than the 29th December have no images associated with them. Yeah. I have a lot of reworking to do. Thank you for your patience.

And, if you ventured anywhere near our local five star hotel and restaurant, you will have noticed that elegance, if not dead, has been given last rites and isn’t expected to survive the week. I won’t go into details, as I have been taught that it is rude to speak ill of the dead.

Instead, I will concentrate on happier thoughts. Specifically, my new year’s resolution to live as elegantly as I can. My year of living elegantly started off very late last year. I had a good lesson on New Year’s Eve at 11:55 PM from Hamilton (he for whom the Hamilton cocktail is named.) In the face of the fiasco that the evening and our tenth anniversary celebration had become, Hamilton steadfastly refused to be anything but charming and fun. Even when faced with a bill that looked as if it were for the whole party. Including the band.

So here, then, is the lesson of the day. Elegance is attitude.

And by “attitude” you will know that I don’t mean “‘tude.” I don’t even mean maintaining your cool — “gardez votre sang-froid” the French say. That chilly reserve is difficult for me. Must be my Mediterranean blood.

No, I mean something more innocent. I mean maintaining that outlook on life that springs from knowing that no matter what, whatever is happening probably isn’t life-threatening and certainly won’t matter nearly as much in the long run.

In Hamilton’s words: “Who cares? We’re all here together. Let’s have some more champagne.”

Because he’s right. And there is very little that a bottle of champagne won’t take the edge off of. Elegance comes from within. This year I resolve to see things in a more elegant light. And to surround myself with elegant people and things in the hope that, if only through osmosis, some of it will rub off on me.

But I’m stocking up on more champagne to help me through the learning curve.

7 thoughts on “The Year of Living Elegantly”