Posted on January 23, 2008 by TheElegantologist 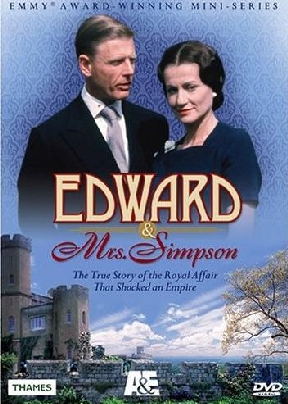 The historically-inclined Mrs. E. and I are watching a wonderful miniseries done for BBC in the 1970s. “Edward and Mrs. Simpson,” starring Edward Fox as the Prince of Wales (and later King Edward VIII) and Cynthia Harris as Wallis Warfield Simpson. I chose the series because it concerns a period that interests me greatly (Between the Wars); and frankly, for the clothes. The series was recommended by a reader for its costuming, and it doesn’t disappoint.

Although, I’m not sure that I would call it “costuming.” The Duke of Windsor was responsible for many of the sartorial innovations that we take for granted today. He helped popularize brown suede brogues, chalk striped suits, soft collared formal shirts, the midnight blue dinner suit, Fair Isle sweaters, and striped Breton sailor shirts, for example. “Easy and Elegant” would have been his watchwords. And it is amazing how up-to-date he looks (the women don’t fare quite as well. Ah, fashion.) Especially since the series was shot in the 70’s — a decade of sartorial Hell, to which I bore mute witness.

Now admittedly, some of his riskier fashions, the plus-fours with argyle socks, clashing plaids, large checked tweeds would be difficult to pull off today. But the rest of his wardrobe may be considered a template for dressing well in casual (what we call semi-formal) clothing. And, of course, he was small — thin — at least in his youth. He made a good hangar and he cared about clothing. I understand that something like half of his autobiography (“A King’s Story”) is devoted to matters sartorial — his real strength.

For another take on Windor’s fashion influence, Will at A Suitable Wardrobe referenced him a while back as a model for building a beginner’s wardrobe. Wallet permitting, I couldn’t agree more.

Head on over to Netflix and rent it immediately (I’ll return it shortly, I promise.)

This entry was posted in Elegantology and tagged 1930's, BBC, clothing, Elegantology, tv. Bookmark the permalink.