Elegant in the Field

Posted on December 3, 2007 by TheElegantologist 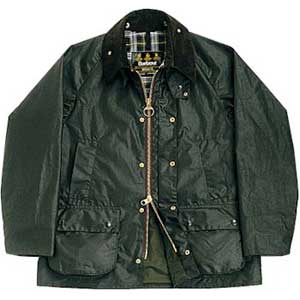 “I’m going hunting tomorrow morning,” I announced to the architect at a recent dinner party.

“I didn’t know you rode,” he replied.

I don’t. As a matter of fact, I don’t really hunt that often. I grew up hunting ducks and geese with my Grandfather who lived on the Eastern Shore of Maryland. But that was many seasons ago.

This weekend, a very good friend of mine from college days called to ask if I’d like to go along. I downloaded my hunting permit, and equipped with a pair of Danner Duty Boots (a gift from my father-in-law), fleece lined Old Navy cargo pants, technical base layer, a balaclava, gloves and a wooly-pulley (father-in-law.) Al borrowed a shotgun for me since he couldn’t find any shells for my father-in-law’s 1938 L.C. Smith side-by-side. I was ready to go.

I don’t have any camouflage clothing. But I do have one other serious piece of gear aside from the boots; that it happens to be something Queen Elizabeth II wears didn’t deter me in the least from zipping up the heavy brass zipper of my Barbour jacket and heading for a public swamp in Powhatan.

It’s a good thing that I decided to wear my waxed cotton Bedale (the Queen wears a Beaufort model, I believe) as it turns out to be warm, waterproof and thornproof. Which can’t be said of the rest of my kit (boots aside.)

We didn’t get anything that beautiful autumnal morning, but after struggling through the brush (“You went through that?” said Al looking at a dense thicket of brambles), my legs looked like I’d taken a round of birdshot.

The warm, waterproof, stylish and very thornproof Barbour jacket. I can’t recommend it highly enough. Get yours, as I did, from: BestOfDownUnder.com

This entry was posted in Elegantology and tagged Barbour, clothing, elegantlogy, jackets, style. Bookmark the permalink.

6 Responses to Elegant in the Field