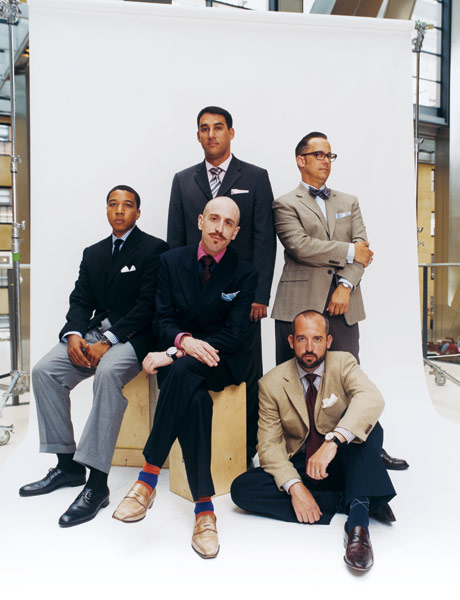 Esquire magazine’s editors crowned their choice for the “best dressed real man in America” today on The Today Show. Great idea. I like that “real people” were being celebrated for their style. Almost all of the finalists acknowledged their fathers as influential in the sartorial education. Interestingly, one of the finalists, Mr. Kanarek is starting up a men’s luxury vintage shop in L.A. He says that his job there will be to reteach “The rules. Because there are rules and a lot of people aren’t paying attention to them.” Amen.

Which brings up a couple of questions: What are the hard and fast rules? The ones that you refuse to do away with? And, who was the greatest influence on you when you were developing your own style?