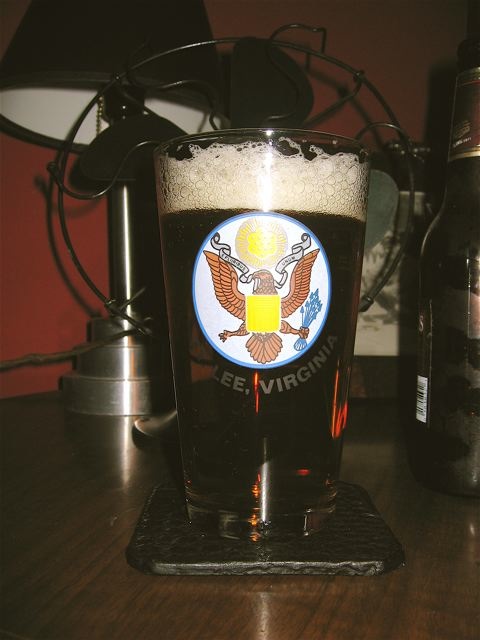 “What can we bring?”

It’s almost a throw-away question these days. Automatic. We ask without thinking whenever we are invited somewhere for dinner or drinks. Like many people, I stop by my local wineshop and grab an inexpensive bottle that’s a favorite of mine to add to the party. Most of the time it’s a bottle of bubble (lately the Cordonieu Rosé.)

Not too long ago while waiting for renovations to be completed on our house, the Unsinkable Mrs. E and I were living in a rooming house — which was being torn down around our ears to be reborn as a single family dwelling. It was pretty grim, but it was rent free. We made the best of it and became almost immune to the conditions surrounding us.

About this time, an old friend of my wife’s and brother-in-law’s — a Marine — was passing though town while training at Ft. Lee and asked to drop by. Of course, we were delighted. I wanted to meet the guy about whom I had heard so much. When the designated hour of his arrival came, I hovered near the door and finally heard a tentative knock. I checked through the peephole, but didn’t see anyone.

“Dutch?” I said through the locked and chained door. As I said, we were “almost immune.”

A head darted into view and back out of site. “Chris?”

I laughed and opened the door to find Dutch, in uniform, standing off to one side.

“I don’t usually travel with a weapon,” he began “but this looks like an apartment in Mogadishu. I triple checked the address and decided to risk it. Is it condemned or are you renovating a crack house?”

Neither one and we had a great evening perched on the one couch and sharing a simple dinner.

And then Dutch presented me with one of the nicest host gifts I think I’ve ever received. During our initial phone call, Dutch learned that I was born at Ft. Lee, but didn’t remember it at all (we left when I was a year old for Panama. Eight years later we returned from Europe to settle again in Virginia.) He opened a bag and handed me a pint glass with the American eagle and “Ft. Lee, Virginia” printed on the side.

“Everybody should have something from the place they were born,” he said.

It was a very simple and elegant gesture. I hope to one day equal it with a gift half as thoughtful for my hosts.