Posted on January 15, 2013 by TheElegantologist 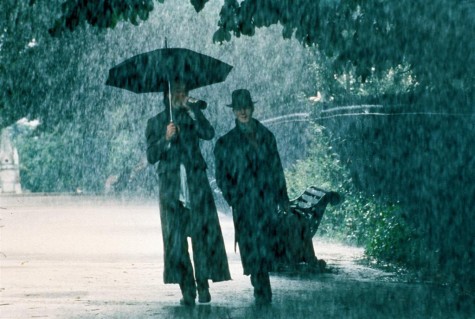 Three days of cold, wet weather and I’m about ready to shoot six holes in my freezer (as Mr. Buffett so famously sings.) Cabin fever sets in. I forgot two meetings yesterday thinking that it was today, Tuesday.., , There you have it. And to quote Withnail: “I feel unusual; I think we should go outside.”

So what’s a fellow to wear? The days of hats are gone as they are a nuisance getting into and out of your car. Umbrellas are just as cumbersome for the same reason. Full length raincoats, ditto.

Let’s think: over a cup of tea. Yes, tea. I’ve already had a shot of espresso, but it’s about time for a hot cup of green and black tea. I find that it puts me in a better mood to face the vagaries of the weather.

Now then, to start at the bottom. Most women I see around Richmond’s West End wear Hunter boots when things get damp. Bit of overkill if I were to attempt the same. I suppose that LL Bean duck boots and jeans are the go-to answer.  Shirt, sweater, Barbour jacket… Cap? Deerstalker? Too Holden Caufield. Still, I should have a proper topper. Today is National Hat Day, after all. 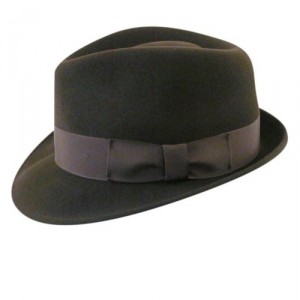 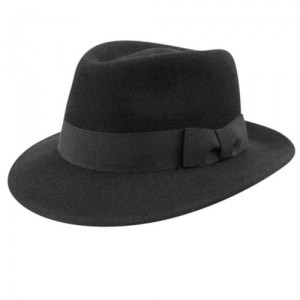 The Pantropic Robin hat also comes in an Olive that would be my choice. Also crushable and water-repellent. $57. 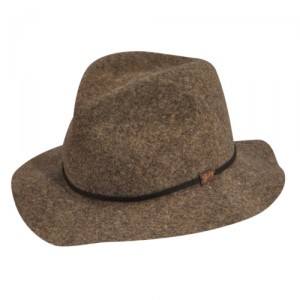 Bailey’s Jackman isn’t water-repellent (Scotchguard will take care of that…), but what a great looking hat. Pre-broken-in, completely crushable. $109.

You’ll notice that I prefer hats with all-around brims rather than caps. I can’t stand having water drip down my collar.

So, now that you’re ready to venture outside, what will you pick up for dinner? Soup makings, of course. How about French Onion? 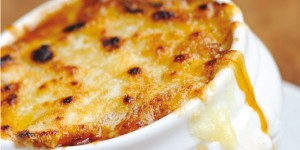 Carmelize two large onions, sliced thin, in a mixture of butter and olive oil. UPDATE: To stop the onions cooking after carmelizing them, sprinkle them with flour and cook for a minute longer.

Mix beef and chicken bouillon and pour over onions.

Toss in a bit of rosemary or Herbes de Provence, salt and pepper to taste.

Simmer for a half hour. Optional: flame with a bit of brandy. Why not? It’s fun. Heat a shot in a coffee mug, touch the match to it and pour.

Split a clove of garlic and rub over the inside of a soup bowl.

Toss in a piece of stale French bread (you may rub the garlic clove over this, too.)

Grate some Parmesan cheese over the bread.

Fill up the bowl with the soup.

Grate some Gruyère cheese over the top and add a slice of Provolone over that.

Top with a pat of butter.

Broil until the cheese is brown and bubbly.

7 Responses to The Rainy Day