But then, Gentry wasn’t designed for everyone. Segal admitted that if only one hundred thousand men took a  liking to the publication and followed its aesthetic of intelligently executed affluence, not only would the magazine be a success, but non subscribers would pick up on the cues set by its select readership and follow up on the cues set by it select readership and follow suit. Such reasoning may appear elitist at first, but what Segal knew is that not every man had the time, the means, or the courage to stand out. But if those few who did could flaunt their individuality with relish and generosity, he could instigate a quiet revolution in one culture: the rebirth of the civilized American male.

— From the introduction by Hal Rubenstein 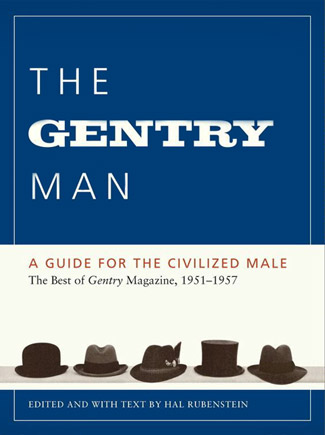 Intrigued by the man who would think that way during the 1950’s? So am I. I’ve just order Ken Burn’s documentary on William Segal, artist, traveler, bon vivant, and publisher.

One thought on “Leading from the Front: William Segal and The Gentry Man”