Easy and Elegant Life is, as you know, a global brand. Brand Ambassador Iñigo Garcìa-Ureta, Spanish poet, editor, artist, bon vivant, and old friend, sends along this dispatch from Lisbon. 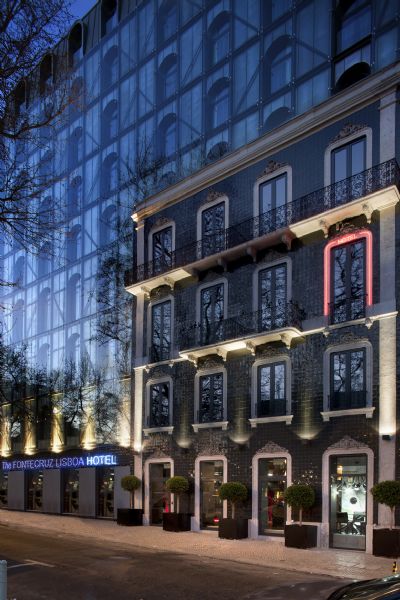 The Fontecruz Lisboa Hotel is located in Avenida da Liberdade, one of the main Lisbon avenues. A Five star hotel. 72 rooms.
Luxurious, yes, but really comfortable. Classic, but 2012 classic.

Designed by Spanish Designer and Art Director Eva Almohacid, whose work has been shown from El Mundo national newspaper to ElleRussia, the hotel is a reflection of the city. Almohacid used local motifs, such as roosters, tiles, embroidery. A neon sign outside shows the word “Heart”, but once in a while two letters fade away, so we read “art”, instead. It is meant to be a reflection of what goes on inside. Also, being Lisbon, a travelers’ city, she wanted something more. Eva searched all over Europe buying up old postcards, some from 1905, some even older so that each room would be decorated with an antique image of old Lisbon.

Those images became headboards, and were taken from those postcards, some of which are shown down at the lobby, along with this text:
These postcards were sent
more than hundred years ago.

Travelers from all over the world wrote them.
Then they mailed them, so their loved ones
in Madrid, London, Paris, Berlin, or New York,
could get a glimpse of Lisbon.

Now, these postcards are back where they belong.
In Lisbon. To welcome you to this hotel.
The Fontecruz Lisboa.
Where all of us, travelers, belong. 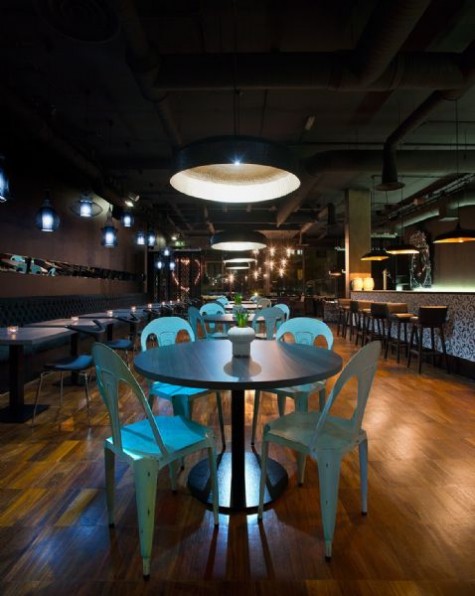 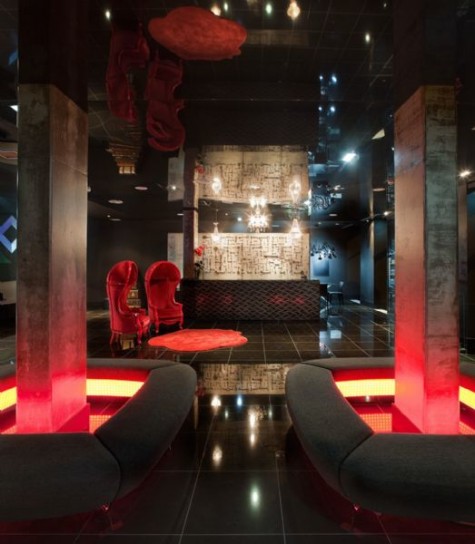 The opening party will take place soon enough, most likely on the 13th of April.
(Ed: If you’re the sort who subscribes to Monocle and appreciates Virgin Atlantic’s Upper Class, consider yourself ahead of the curve on this one. Heigh thee hither. Almohacid is a talent to watch.)

2 thoughts on “Dispatch from Lisbon: The Fontecruz Lisboa Hotel, an Elegantly Appointed Destination”