Posted on March 22, 2012 by TheElegantologist 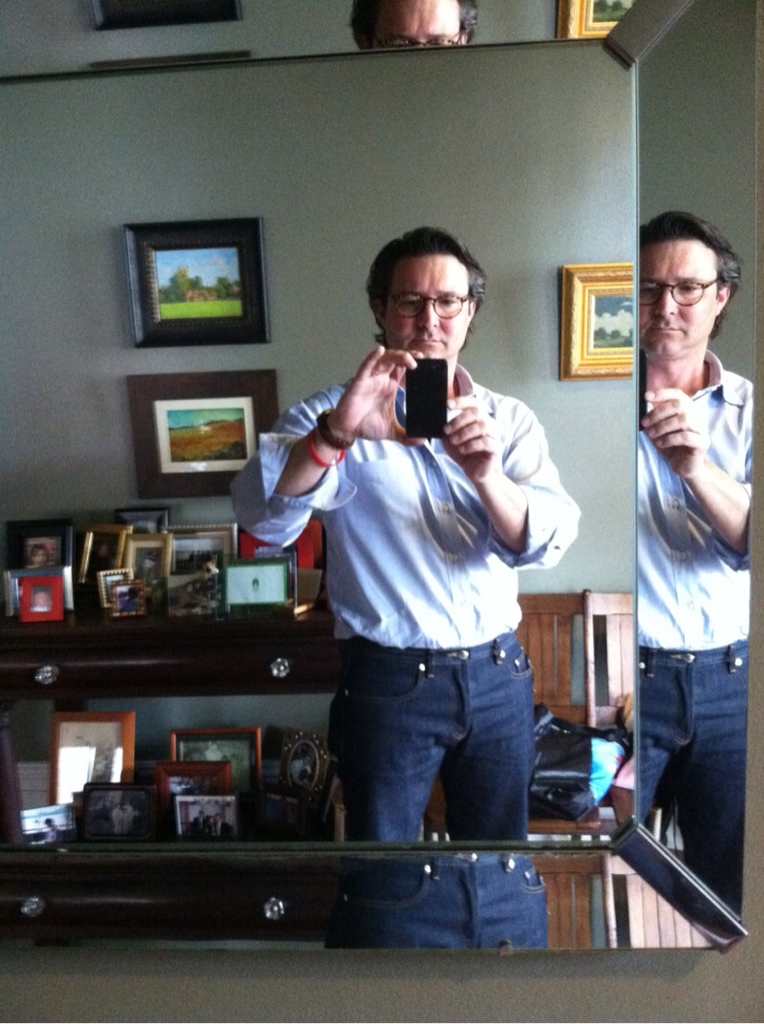 Here’s one that I bet you thought you’d never see. An Elegantologist in blue jeans.

I’ve cast around for a while now for blue jeans and after the failed 501’s experiment, I decided to go in the opposite direction. Instead of shrink to fit, these are wear to stretch. Which means that they are a full two sizes smaller than I am used to buying.

After bunches of internet research, I was just as confused as ever. So I headed to Need Supply Co. here in lil’ ol’ Richmond. Need has been called one of the 25 best mens stores in the US by GQ. Since GQ is fashion and youth oriented, I’m not, so I thought I’d mosey over and take a look before I committed to anything. 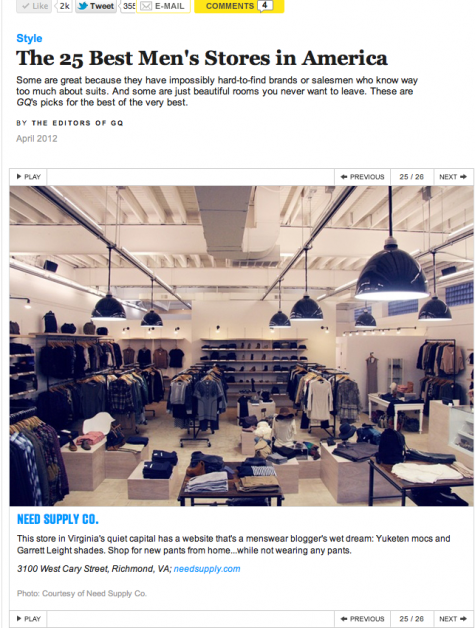 Do you know what makes a great store? Even more so than selection, a very knowledgable staff. “Chris” who served me was very knowledgable about denim and fit, which I am not. Yes, I can spec and design a suit from the seams out, but the intricacies of denim continue to elude me. He knew how each brand fits, is designed to be worn in, and which would suit me best. Skinny was immediately ruled out. Thank God.

So, after settling on a brand that seemed codger-friendly, off I went into the dressing room with several pairs of A.P.C. (Atelier de Production et de Création) jeans.

As a response to the fit of his friends’ clothing Jean Touitou, a Tunisian born designer, founded A.P.C. in 1987 with the idea of making classic basic jeans. He audaciously called his creation “The New Standard Jean”. 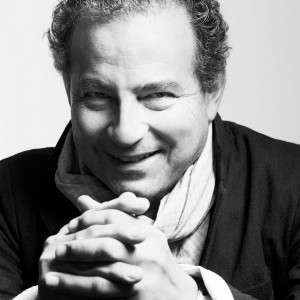 How could I resist trying on a pair of jeans created by a man who is most often photographed in a sport coat with a scarf? Or one who says: “Skinny jeans, I can’t do it. They are too young for me.” And: “I love being well-dressed when nobody’s looking at me.” Or who is friends with Catherine Deneuve?

And how about this quote from TMagazine about his new line?

Along with your much-loved classic denim, you’re also doing a line called Butler Jeans. Can you tell us about that?
Some people who buy our jeans only want to wear them when they’re pristine. When they start to fade or get holes in them, they don’t wear them anymore. So you can bring them back to the store and get a new pair of jeans at cost. We take the old jeans and wash them, mend them, mark them with the initials of the person who wore them, and sell them. No matter how much money you invest in machines, jeans always look better when they’ve been broken in by a human being. I call them the Butler Jeans because in the 19th century, English aristocrats would have their butlers wear their new clothes before they did, so they wouldn’t look nouveau riche.

For more of the outspoken Jean Touitou, Cool Hunting sat down for a video interview here. Of course he blogs in French, English and Japanese.

They are a raw (read: “stiff as a board”) selvedge jean and will take a lot of breaking in, something like 30 wears, before I can wash them. In fact, there are protocols for that even! Yikes. I may just steam clean and dry-clean them after they are altered. (The inseam is a standard 34″ and Need gives a free alts card that can be used at a tailor across the street within a month of purchase.) I’m hoping that these are the last pair of jeans I buy. Until I can afford a butler.

Yes, I am that obsessive about clothing that I buy or have made.

9 Responses to He Wore Blue…