Posted on October 17, 2011 by TheElegantologist 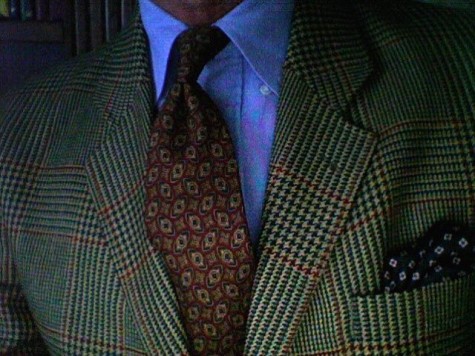 Lately I’ve found myself wearing more “country clothing”, partly because of the weather change. Where previously I would reach for a suit, I find myself reaching for a sportcoat and odd trousers. At least during the day.

The photo above will give you a good idea of a not entirely original ensemble. I’ve chosen to wear a plain blue ocbd shirt as the background to the tie and coat combination. The tie and coat both consist of the same colour scheme — a brick-red and green — and the pocket square is a muted green with white and red boxes. The overall effect is pleasing to my eye and less jarring than some of the other combinations that I throw together. That may be one of the cornerstones to an easy elegance — harmony.

I think that’s why it would be a joy to have a country home, so that the two warring sides of my personality would have equal expression instead of having to duke it out here at The Manse. For, while I don’t live with traditional furnishings, I love a traditionally inspired home. Mrs. E, however, finds the country to be surrounded by too much countryside ever to be comfortable. 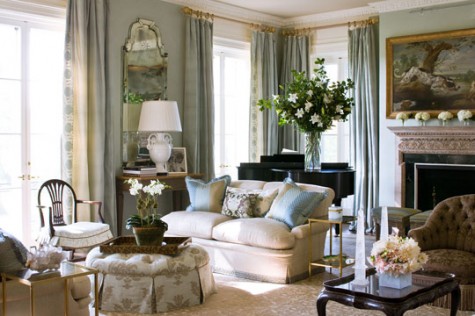 This entry was posted in Elegantology and tagged "Traditional Home" Magazine, Easy and elegant. Bookmark the permalink.

2 Responses to Harmony of Colour