It was a fast and furious weekend, the highlight of which was the Saintennial, the 100th anniversary of the founding of St. Christopher’s School here in Richmond. The school’s most famous old boy was back in town to join in the festivities (a truly fine black tie celebration — seated dinner for 1,300), and he was clearly enjoying himself. 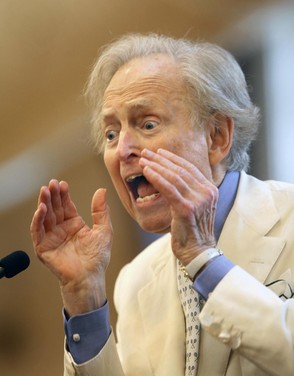 (Tom Wolfe speaks to the student body at St. Christopher’s School. Image via The Richmond Times-Dispatch)

The day after the dance, at a civilised 10:15 am, Mrs. E. and I joined a hundred or so others who were hugely entertained by the best-selling, gregarious author. As is my habit, I asked a question. Not about his method, his favourite author, the piece he most enjoyed researching and writing. No, my question was much more serious. I asked about his cobbler.

We know who is responsible for the bespoke white suits that are Tom Wolfe’s trademark. I wanted to know who makes his shoes? (Cleverly, he orders during their NYC visits.) Mr. Wolfe and I chatted about playing around with spats (they’re hot and annoying and require a manservant, frankly), and he admired my tie (“I’ll throw down for that tie…”) It’s on the way to him as a thanks for a thoroughly enjoyable morning. 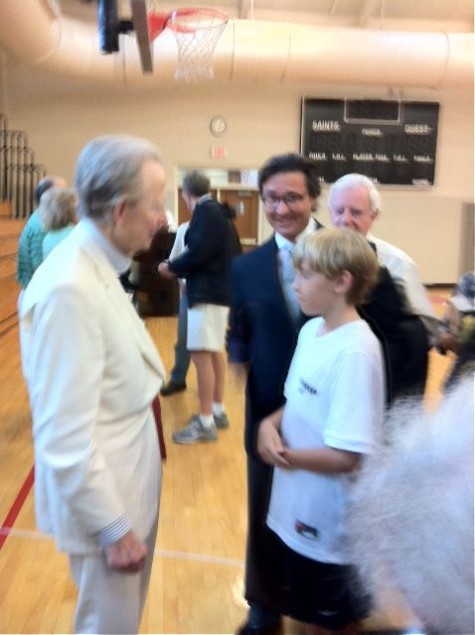 (My godson and I meet the author. Photos courtesy of his little brother, George.) 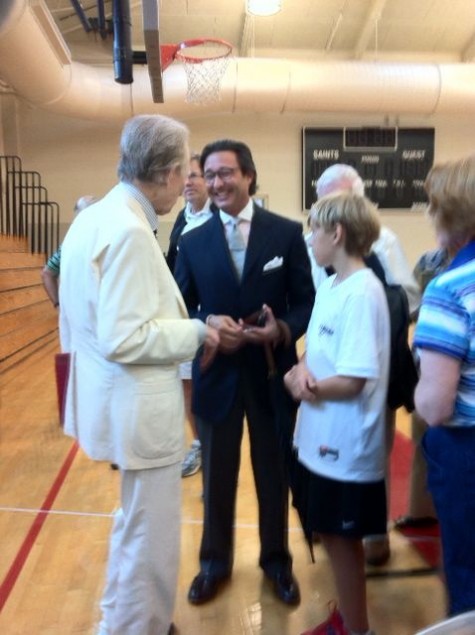 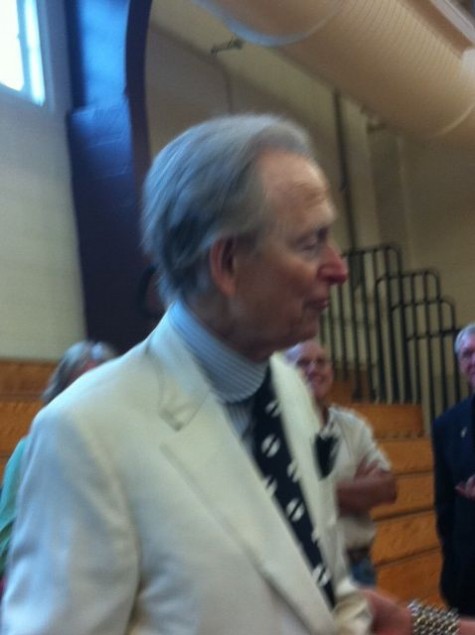 6 thoughts on “A Wolfe in Fine Clothing.”