Posted on August 3, 2011 by TheElegantologist 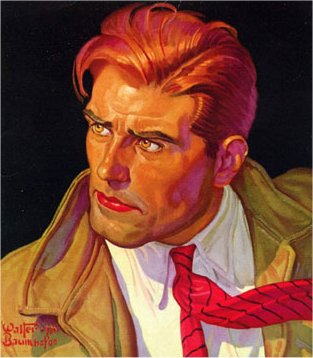 Word has reached Easy and Elegant Life World HQ that a small band of resistance fighters have established a foothold in the corporate casual corridors of a law firm here in downtown. Richmond’s very own Sartorial Shock(oe) Troops as it were.

This brave band of brothers has instituted among those who get the nod a sort of “Formal Friday”, during which they revert to their former über-business dress. They are made up of the newly employed, the under-employed and the temporarily employed. Their common enemy is the cubicle worker whose sole interest is in pushing the right button and passing on the right paper — those who have forgotten that they are not parts of the machine, but people deserving of respect. Our gallant gentleman are waging war against the stripping away of the last vestiges of respect for their profession, their workplace, and their fellow lawyers.

Each white pocket square as daringly worn as the flag on a uniform sleeve, declaring an allegiance and commitment to an ideal, stuffed jauntily into a breast pocket never to be waved in defeat. Each set of braces, properly adjusted to retain the smooth drape of the suit trouser shows a respect for tradition. Every tie, knifing through the current against the tide of slovenliness overflowing the banks of a once well-dressed land. Here is a suit coat waiting to be deployed at a moment’s notice, a staunch ally in the battle against the bulge. Even the dandy officer, proudly sporting his bow tie, readies himself to stand fast, shoulder-to-shoulder and fight to the front like the sartorial soldier he knows himself to be.

There are those who think themselves alone in this fight, who operate in cells across America, ignoring the temptation to give up, to stand down from the battlements and finally rest weary, highly polished shoes. Know that you are not alone! Respect, Honour, Courage are yours. Step to the line! Open and air those closets out. Step to the line! Polish those captoes. Step to the line! Prepare yourselves mentally and physically for the push into the aesthetically barren wasteland. STRAIGHTEN YOUR TIES AND LEAD FROM THE FRONT!

This entry was posted in Uncategorized and tagged Doc Savage, Formal Friday, Shockoe. Bookmark the permalink.

2 Responses to Shockoe and Awe