I know. They’re thought to be the greatest bastardization. Too fuzzy, perhaps, for even ADG. Neither fish nor fowl. Neither here nor there. Naff. Very non-U. 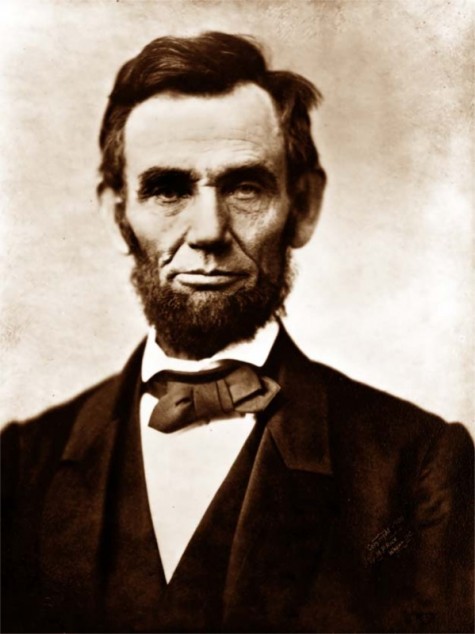 President Lincoln is credited with having said that you can fool some of the people all the time, all the people some of the time, but you can’t fool all the people all the time. Back in the 1980’s, when my local Nordstrom hit town, Salvatore Ferragamo had most of  us convinced that we could wear kiltie loafers with tassels. I did. I was working on my feet all day on marble floors — mine are a wide, so are the black pair that I bought — and the appeal of a slip-on was that it could be easily slipped off before plunging myself into an ice-cold martini and a foot bath, courtesy of Mrs. E. . 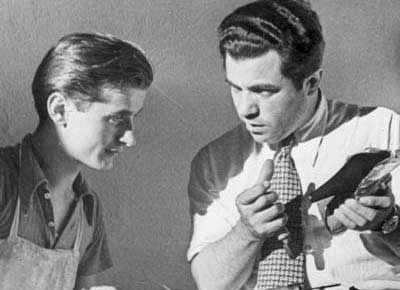 (I would not wear them myself, but you are not Italian.)

Then I started delving into the men’s wear writers and somewhere someone wrote that the kiltie/tassel was an abomination. The sort of thing that went with fish-width ties and shiny sharkskin suits. They were just too much of a good thing. So I packed them into their boxes with shoe tress firmly anchored and relegated them to the top of my shoe shelves.

And then I discovered the tassel loafer in cigar cordovan by Alden. Love those shoes, chunky and serious as they are. The Aldens led me into wearing slipons with suits, not just odd trousers! At least some of the time.

Out came the Ferragamos. On a particularly hot day last week, off came the socks. Cotton glen-plaid trousers seemed to need an oxblood coloured shoe. I have two. A pair of Sebago penny loafers and these. 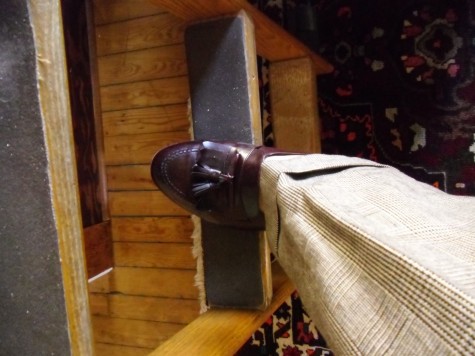 So, here I am out on the frontier, another one of the fringe element, a long hair with kiltie/loafers whose judgement must be somewhat suspect.

Next week, I might even wear ’em out of the house.