Posted on August 9, 2010 by TheElegantologist

Some of you, like me, may be fortunate enough to work from home. Which leaves you in a sartorial conundrum. Comfort, appropriateness, habit and expectations all play into the way that you answer that internal question first formed when you step into your closet in the morning.

John Cheever, it is said, wore a tie to work every day. I’m not sure of that. His commute was about the same as mine.

Or it was John Updike? 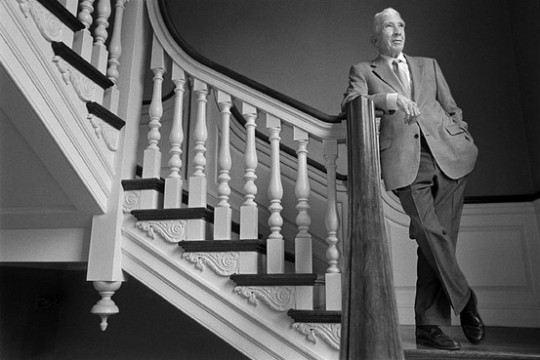 Regardless, neither appeared to be sitting around in tennis togs banging away at the Underwood. I’m getting ready for a run at the moment, and am in technical fabrics and jersey. But this weekend saw me doing some research swathed in linen and piqué. As it was the weekend, there would have been no chance of a client or even a neighbour dropping by. But you never know, and I was quite comfortable as you can see. 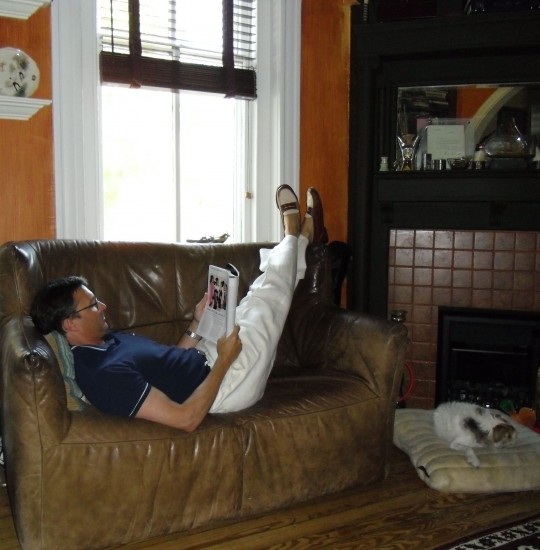 The evening before, some friends, Mrs. E. and I tried a new little bistro in town, one ably conceived of and run by Mr. Paul Heitz of Strasbourg, France. It’s wonderful, by the way. As with all restaurants here in the River City, there is no dress code. So I wore loafers and a pink bandana. My way. We ran into a colleague of Mrs. E.’s, his wife, and a former neighbour. I suppose I was overdressed, but still quite comfortable in the overly air-conditioned wine bar that was the second stop of the evening. Delightful place. The typical markup on a bottle of wine is just USD$10 over retail. It’s almost a corkage fee and I suppose it covers the glasses that get broken. 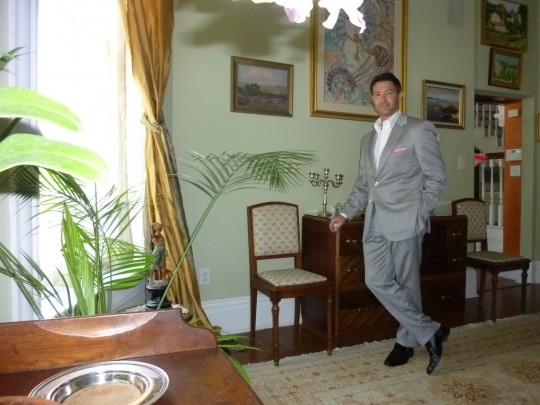 So what’s my point? I suppose it is to illustrate that dressing a little better than you have to really isn’t that difficult, once you get the habit.

10 Responses to The Home Front