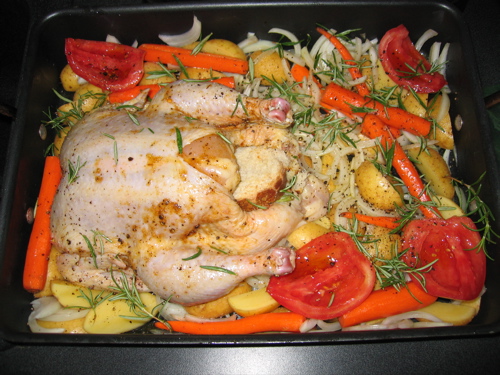 (Organic chicken, just before popping it into a 375ºF oven for 2 hours.)

Preparing for a mid summer dinner party can be brutal here at the Easy and Elegant Life Manse. The children go to bed between 6:30 and 7:00 PM and that gives me roughly half an hour to put the finishing touches on the food, decor, what have you. Frequently that half hour involves a very quick freshening up — fast shower, shave and change of clothes. Especially if I’ve been cooking. Through some builder’s quirk, the kitchen is the hottest room downstairs. During the dog days, I try to grill out more often than not. But last night I decided to roast a chicken…and roasted myself in the process.

Changing after a quick shower I decided to wear a polo neck shirt with my linen trousers — I wanted to be cool as I finished off the sauce, salad, etc. whilst our guests enjoyed their cocktails. But I always feel a bit underdressed when I wear a knit shirt, especially without a sportcoat. WWCGD? Add a neckerchief, of course. 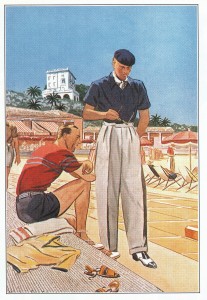 (From “Men in Style: The Golden Age of Fashion from Esquire”)

The question is: can a man pull off this look in 2009? The short answer is an unequivocal “maybe.”

A recent emailed conversation with friend AM revealed that he won’t wear a neckerchief as he feels that it calls attention to his 16″ neck. Cary Grant also had a muscular neck and he wore the neckerchief to disguise it. I have a 15 1/4″ neck and I’m “neck forward” as the tailors say. I like a neckerchief to add a little bulk to my neckline. 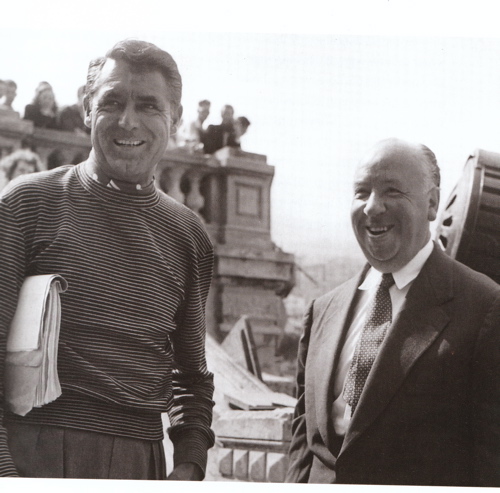 (Wearing the famous neckerchief from “To Catch a Thief.” Image: “Cary Grant: A Celebration of Style

Wearing a neckerchief in public in 2009 will call attention to the wearer. So, as the saying goes, if you can’t stand the heat, get out of the kitchen. But at home … it’s your castle. 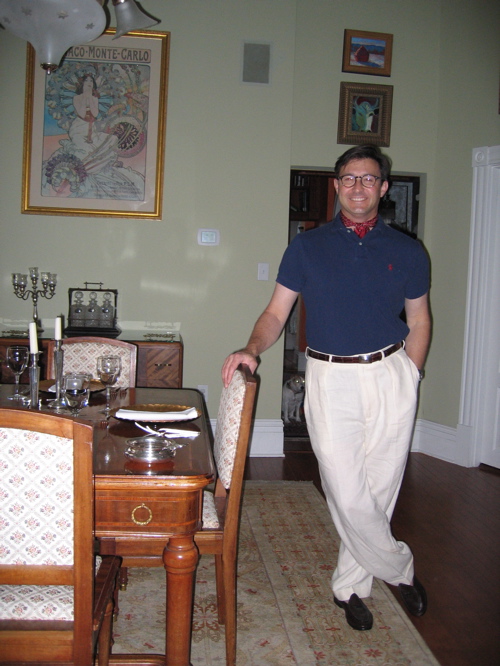