But Is It Art?

Posted on July 8, 2009 by TheElegantologist 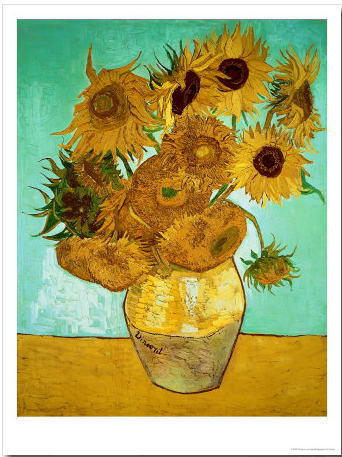 Almost every dormitory room at school had Van Gogh’s “Sunflowers” hanging on the wall above the desk. Well, not the real thing, of course, but a poster. 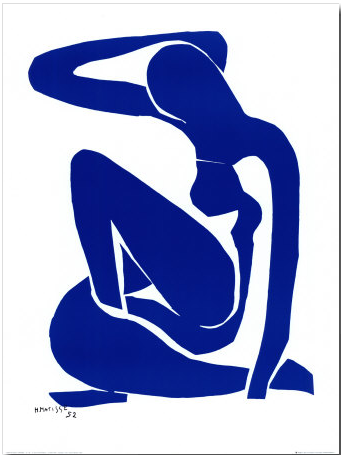 This being the 80’s and the Levi’s 501 Blues campaign being in full swing, Matisse’s “Blue Nude” was another popular choice. Matisse was followed closely in popularity by Van Gogh’s “Starry Night” or an Ansel Adams black and white tree.

It is a liberal arts school.

I had a Patrick Nagel “Sunglasses” lithograph. Which tells you far too much about my college age self.

For my birthday this year, Mrs. E. bought me two paintings. Days later we ran across a favourite local artist finishing a painting of the Roman Catholic Cathedral here in Richmond. I almost made him an offer on the spot and wish I had.

Which is all leading up to today’s question. As many of you know, Mrs. E. and I are fanatic about the Murphy’s. In fact, before we knew who they were, we pasted a small newspaper cutout of Gerald Murphy’s “Cocktail” into the front of the travel diary we took when we decamped to St. Raphaël.

So when I saw this (incorrectly attributed to Charles Murphy):

I decided to buy it and turn it into a framed piece for the bar room. 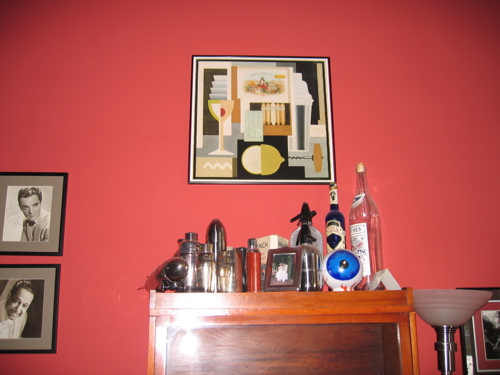 Harold Acton writes in Memoirs of an Aesthete “Between the photographers and the interior decorators, the role of the serious artist has been reduced.” (He is referring to the fifties when abstract art came onto the scene. He felt that Pollack and his like did wonders for interior decorators as their swirls of colour could play into any colour scheme without competing for attention the way that a classical painting would seize centerstage.)

What do you think (my piece aside, I like it, it means something to us and it’s staying)? Can posters and photographs live side by side with the real thing? Or would you rather see a piece by a talented student? In creating an elegant space, is authenticity more important than empirical beauty? The same could be asked of furniture reproductions.

What is your advice for those just starting out? Live with the blank wall or single good piece or fill a space with a reproduction?

11 Responses to But Is It Art?