Only with the children it is considerably more frantic. We are “potty training” my son, so speed is of the essence. But I think that it has allowed me to correctly diagnose plantar fasciitis… flat, spade shaped feet, run for exercise… .

The long and short of it is that I haven’t had the time to shower, shave, linger over the choice of pocket square and tie. Sure I can throw together something very quickly, but where’s the fun in that?

Nope, I am instead, in mufti. Civilian clothes. “Casual” uniform, for me.

Yesterday was a delightful mostly sunny and 60ºF; today promises 72ºF and sunny. Early morning errands see me with the sunroof open and windows down, especially when it is hovering in the 50’s.

So, what to throw on when off-duty? We could do worse than emulate the Guards and those who found inspiration in them. 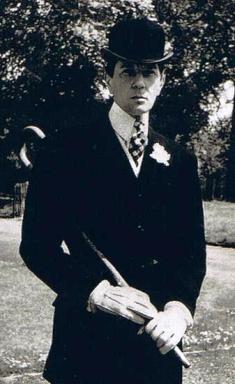 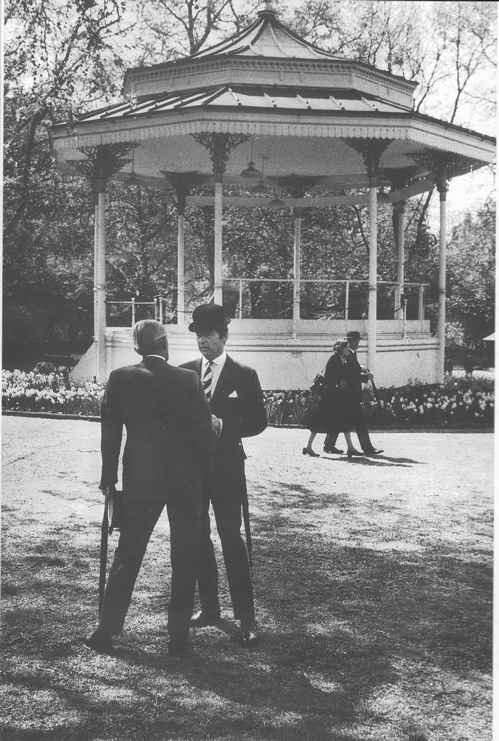 But that would hardly qualify as casual wear.

How does our Mr. Bond, a former Naval Intelligence Officer, fare in “Goldfinger”? 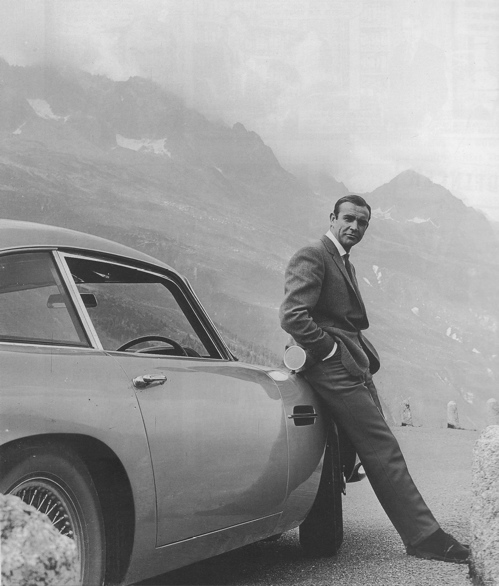 (oo7 wears a tweed jacket, dark tie, white shirt, cavalry twill trousers with slant pockets, and suede chukka boots. From a postcard sent me by Connelly Leather. Same photo can be found in “Dressed to Kill.”)

Well and good, you may say. But times have changed. All things are more casual today.

A publicity still from “GoldenEye” 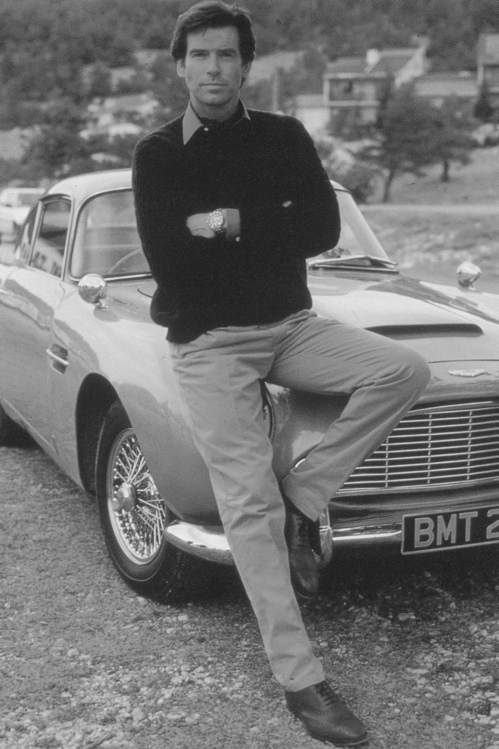 All fine and fictional or old and outdated. 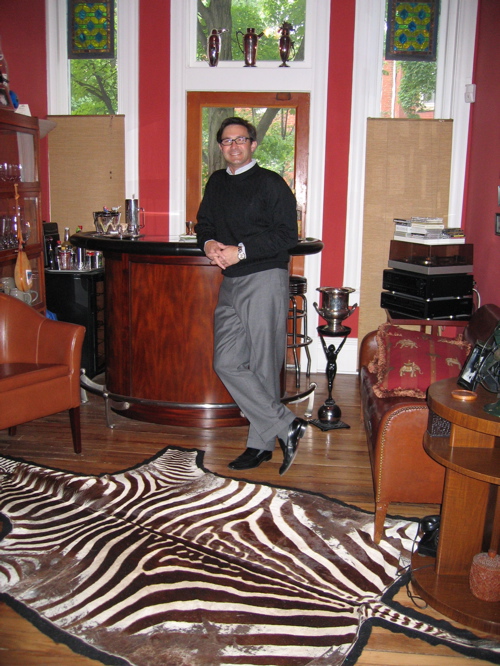 (I was still told that I didn’t have to dress when my handyman showed up to repair a light fixture.)

Dressed casually is still to be dressed. That’s a black silk cable knit sweater, a blue striped cotton shirt, grey flannel flat-front, side tabbed, MTM trousers, grey socks with a black pindot, and black Venetian loafers by R. Martegani. As it gets warmer, this gets more difficult. But we’ll work it out, together.

What casual pieces do you rely upon?

11 Responses to Off Duty