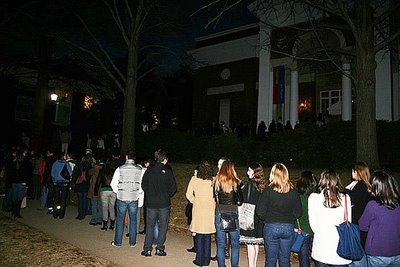 Sixty years ago a collector gave away his paintings. The paintings were by the moderns: Henri Matisse, Marc Chagall, Georges Braque, Raoul Dufy, Juan Gris, Jacques Lipchitz, André Masson, and Georges Rouault. He was T. Catesby Jones, a Virginian who worked as a maritime lawyer in New York. 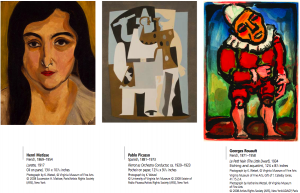 In 1924, Mr. Jones visited Paris for the first time and discovered a passion for art that would change the way he lived and the way in which he defined himself.

In 1927 he met Jean Bucher who owned a small art gallery on the Left Bank exhibiting the famous cubists of the time. She introduced Jones to artist Jean Lurcat (a communist), who promptly acquired a patron in Jones (a capitalist) and Jones began to collect Jean Lurcat’s work amassing the most extensive collection anywhere over the next nineteen years.

Jones spoke of the restorative power of art as a relief from the pressures of society. His daughter, Peggy Brooks, feels that it took the place of religion in his life. His feelings for his art and the artists who produced it were so strong that he even supported some of them (including Chagall and Lipchitz) when they arrived in New York as refugees at the outset of WWII.

Eventually he brought his collection back to Virginia (a few pictures can be viewed at MOMA in NYC.) The prints and books went to The University of Virginia, the paintings, drawings and sculptures were left to the Virginia Museum of Fine Arts, here in Richmond. The exhibit will be on tour, but it is only at Mr. Jefferson’s University that you can see the whole collection. Which is why Mrs. E. and I will spend a delightful afternoon at her alma mater today.

The book, Matisse, Picasso, and Modern Art in Paris: The T. Catesby Jones Collections at the Virginia Museum of Fine Arts and the University of Virginia Art Museum, published by VMFA and distributed by UVA Press, is available for sale at the UVAM and VMFA gift shops, and by phone at 804.340.1525.