Posted on April 21, 2009 by TheElegantologist 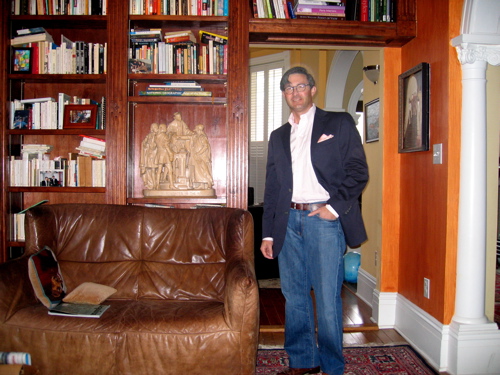 Many, many thanks to reader “like2run” who sent me a link to George Will’s article on the ubiquitous denim jean. As Mr. Will says “This is not complicated. For men, sartorial good taste can be reduced to one rule: If Fred Astaire would not have worn it, don’t wear it. For women, substitute Grace Kelly.”

Or in the context of Easy and Elegant Life: WWCGD? (I may have pocket squares embroidered like that….)

You see, yesterday it rained. Cats and dogs. Which called for my cordovan double soled storm shoes. I really had only one “errand” to do outside of the manse and thought that I might wear a pair of jeans, as I was sure to get wet and it was predicted to be a very warm day and really I was only going to pick up my daughter from pre-school before returning to some spring cleaning… .

The jeans don’t see the light of day much. They are “designer” (7 for All Mankind) and fit well enough. But I feel kind of Mick Jagger in them. And my 80’s prejudices against designer denim have deep roots.

Well, I dressed out after exercising and came downstairs to read through email, check on a favourite blog or two, and there was Mr. Will’s article front and center on the electronic desktop.

It was a wake up call.

Blame the Italians, who look so stylish in jeans (I can’t break out my white linen just yet), or my laziness on a dreary day. Blame my increasingly casual point of view as a telecommuter if you must, but the blame rests squarely on my shoulders. It was a sartorial moral lapse. There are more than enough sources of denim coloured inspiration on which you may draw. You don’t need more here on Easy and Elegant Life. You’re good enough at jeans already. 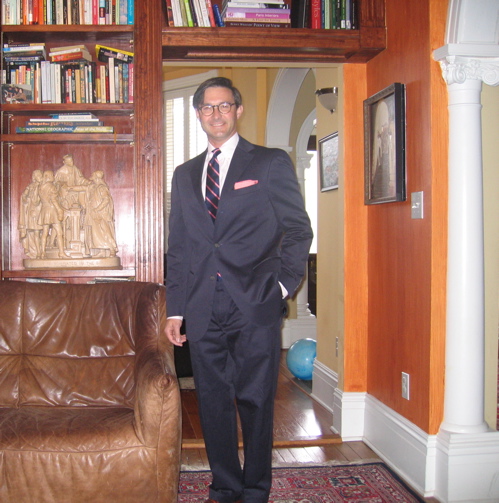 The trousers don’t fit very well on this cotton number, but as a knockabout suit, it would suffice.

(Ten minutes after that…) 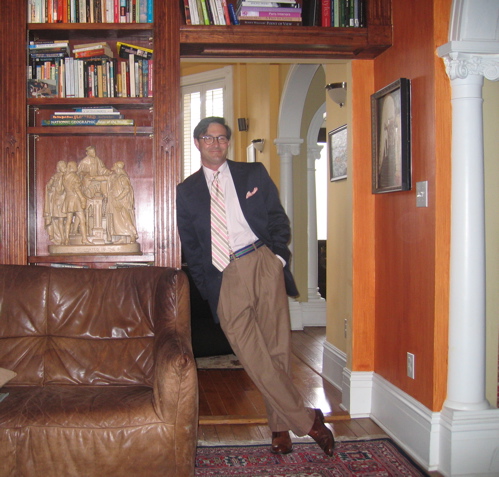 Ditto for the cotton brown and cream glen plaid trousers, but they are comfortable. I know I’m rushing things with the summer tie, but it brightened things up (as did the ribbon belt) on a grey day.

Sean Connery was told to sleep in his first bespoke James Bond suit for a couple of nights, in order that he be most comfortable in it. Fred Astaire used to throw a new suit against the wall a few times to “knock the newness out of it.”

This entry was posted in Elegantology and tagged Fred Astaire, George Will, Sean Connery. Bookmark the permalink.

14 Responses to Denim of Iniquity