Posted on March 4, 2009 by TheElegantologist 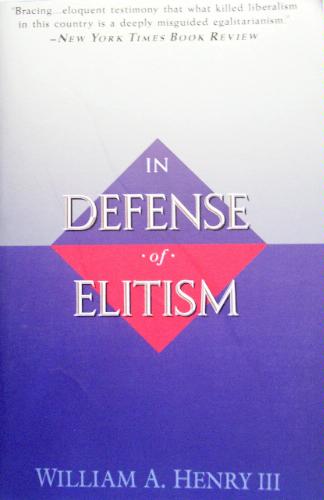 I am often asked, by those who care about these things, where (or perhaps, when) we went wrong.

After watching the Dick Cavett show with guests John Cheever and John Updike, I am even more bewildered. I just don’t have a ready answer. Do talk shows this smart even exist today? I used to watch Charlie Rose and thought him very good, but don’t hear too much about him lately. Do we have models of erudition? Insightful interviewing? Dress and comportment?

I’m afraid that I can lump all the questions above into one: Do we have standards? There are those, like my friend in Madrid, who would argue that standards exist, they’re just set very low. Perhaps a better question would be: “Do we have ideals?”

I was pleased to read that the student body of The University of Virginia elected to uphold the single-sanction of expulsion for a violation of their honour code. As one op/ed writer opined (I’m paraphrasing) “in the ideal world, one student would say to another, I witnessed your cheating on that exam, and the other student would voluntarily withdraw from the University.” (At my alma mater, we were often told to inform the offender he had twenty-four hours to put his affairs in order and surrender to the honour court in order to spare us from having to perform the onerous task of turning him in.)

That’s setting the bar pretty high. But what about the rest of life?

The book pictured above is a difficult read. Not in terms of content, rather of philosophy. It may make you uncomfortable; it will certainly make you examine a few of your own thoughts.

Putting it plainly, it asks when did “elite” become a pejorative? And better still, what can you do about it, if you want to do anything at all?

Special thanks go to “Nick” who suggested I read it.

This entry was posted in Elegantology and tagged "In Defense of Elitism", William Henry. Bookmark the permalink.