To Be Perfectly Frank.

Posted on September 1, 2008 by TheElegantologist 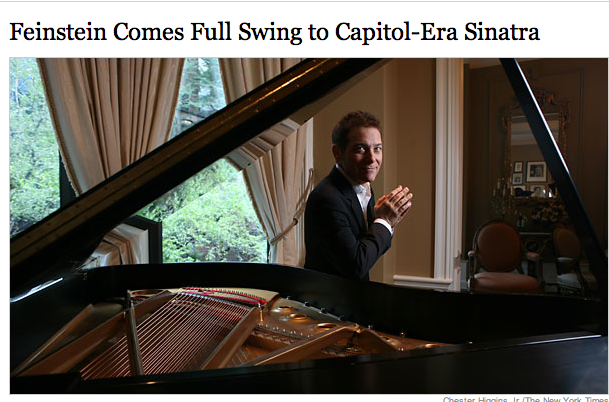 Musical archaeologist, entertainer and historian Michael Feinstein is set to release his 24th album. But this time he has focused his considerable efforts on music by Frank Sinatra. I’m not usually a fan of Mr. Feinstein’s, but if the advance review is to be believed, this one is destined for my CD rack. Even if his phrasing doesn’t hold a candle to Ol’ Blue Eyes’, the results are sure to be spot on. Mr. Feinstein is, after all, a former protégé of Ira Gershwin, and is a most educated enthusiast of the period and its music.

In his defence, Mr. Feinstein has done more to preserve the traditions, music and lore of the Great American Songbook that I love so well than even Bobby Short. And, in these waning days of true all-around caberet entertainers, he is a hold out; a link to an age of supper clubs, dancing cheek-to-cheek and sly double entendres couched in very pleasing melodies.

So, set ’em up Joe. He’s got a little story that you oughtta know.

Read about it, here.

4 Responses to To Be Perfectly Frank.