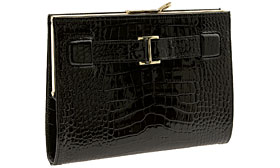 I don’t often do this, so please bear with me as I try and explore the elusive always chic and elegant in women’s fashion.)

I don’t know about you, but I’ve always believed that good things come in small packages. And that must be the case for those enlightened women who can travel, like Grace Kelly in “Rear Window”, with the bare minimum of luxuriousness. A Mark Cross Overnight Case, in that instance, which was one of the first examples of conspicuous product placement in a film. (Hitchcock was a friend of Gerald Murphy.) Mark Cross has since closed its doors, making it even more difficult to travel in style.

In fact, the trend toward oversized baggage, which may be on the decline now that we have stricter regulations about air travel, really went overboard with the advent of those enormous handbags that women have been carrying for the last few seasons. I’m not even sure that “handbag” is the right word to use to describe them. As carryalls, they work well, I suppose. But form following function, they are less than elegant, in my opinion.

I would like to see a return to women wearing glamourous clothes, of that we are all certain. But what would the nouvelle chic carry on those evenings out for cocktails? A “tote?”

It’s time to bring back the clutch. Something like the one pictured above by Abas from Nordstrom.

And look how well it goes with Ben Silver’s Luncheon at Tiffany’s look from their Late Spring 2008 Catalog. 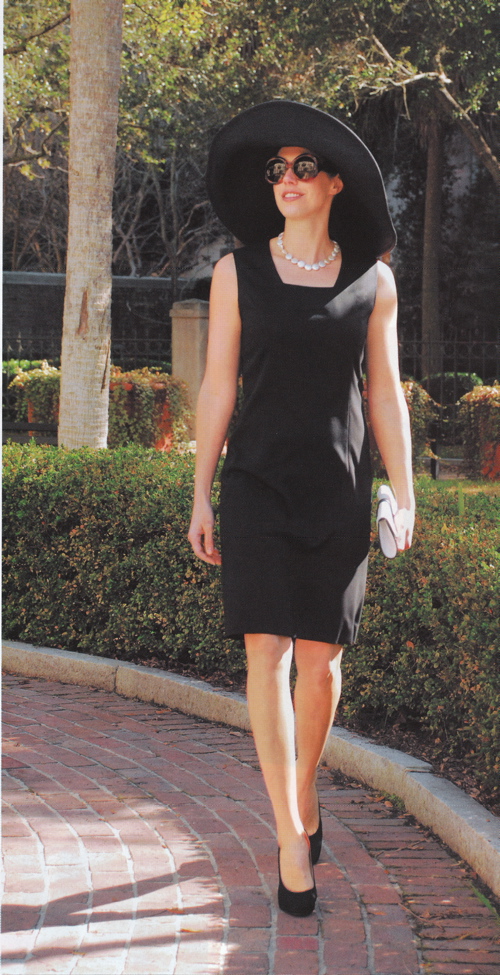 Of course, a clutch will only hold a credit card, large denomination bill, lipstick, compact, driver’s license and smallest of cell phones, but what else would you need? You are meeting a gentleman, aren’t you?

11 thoughts on “Coming Through In the Clutch”