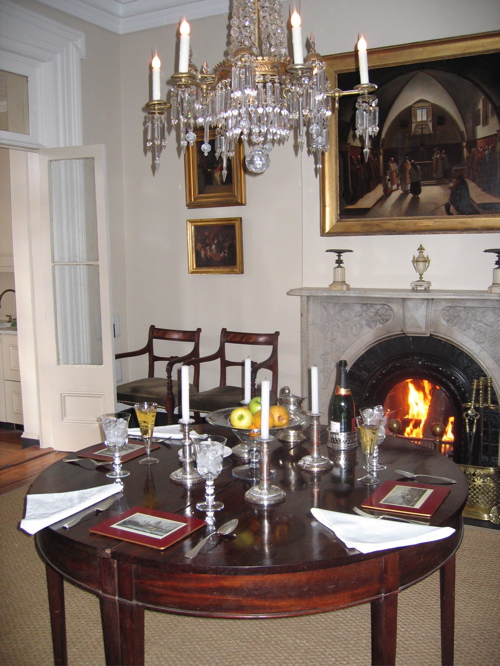 The other day I was leafing through my copy of The Gentlemen’s Clubs of London wondering which I would have joined had I been offered the chance. And that got me thinking about the clubs here in town. None of which I seem to be in danger of having to choose to join. Besides, I reason to myself, there are really only about a dozen people I like. I am something of a joiner, if not much of a member. I was the “ghost brother” in my fraternity in college, having joined and quietly faded away. But still, there must be something to this club thing. Mustn’t there?

The clubs did, and do, serve a purpose. A club gives you refuge. One of the primary purposes for the clubs of London was to provide gentlemen with a place to stay and dine while in town settling affairs. The rest of the time, the gentleman was probably in the country at his manor, shooting something. Having dined, he will need a place to wile away the hours (or nap) and will head for the quieter club of which he is also a member. And then there are the discreet places in which he may discuss business, dispatches or affairs of the secret services. In short, one’s clubs are one’s safe houses in an increasingly fast-paced and disorderly world.

Then, during a luncheon with Mr. W and The Architect, the topic came up. The three of us decided that we were tired of meeting at restaurants once a week for lunch and what we really needed was our own club. Where to look?

There used to be The American Club in London (95 Piccadilly, W1) which granted membership to Americans stationed in England, but that’s a bit far for lunch. Wooster had the Drones, but that’s fictional and also a bit far for lunch. Here in town there is The Commonwealth Club, (The club) which hasn’t cast so much of a glance in my direction (although I have been through the service entrance when a big band friend played a party and attended a swell Christmas affair there this year.) There are a number of country clubs, but I don’t golf or play tennis or like public pools much. Online, there is a fine sounding Sporting Life Society, but that would leave me lunching alone at the computer, again…. and sport of that sort really doesn’t appeal to the other two guys (the blog is a fun read and has a wonderful thesis statement — good work fellas!)

So we took the easy way out and started our own. Now the three of us have Churchill’s (pictured above) or The Churchill Club, we’re not sure which.

Membership is strictly limited to those who have two hours for lunch, can abide a good salad and provide a bottle of champagne for consumption during afternoon hours. A dress code is not strictly enforced, with socks being optional during the warmer months. Resident Brits are welcome to apply, especially if they are half American, are lots of fun, and can stand for the champagne every once in awhile.

I’ve just ordered us some very elegant spotted bow ties so we can recognize ourselves in public. But for a true club experience, what we really need is staff. Applications now being accepted.