Posted on January 9, 2008 by TheElegantologist 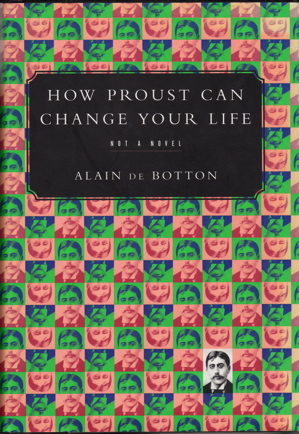 I know I should say “role models” but somehow that didn’t capture the question for me.

I have just finished reading a very elegant essay by Mr. Stanley Fish in The New York Times. The subject, if I have read it correctly, is the place of the humanities in today’s world.

At one time justification of the arts and humanities was unnecessary because, as Anthony Kronman puts it in a new book, “Education’s End: Why Our Colleges and Universities Have Given Up on the Meaning of Life,” it was assumed that “a college was above all a place for the training of character, for the nurturing of those intellectual and moral habits that together from the basis for living the best life one can.” It followed that the realization of this goal required an immersion in the great texts of literature, philosophy and history even to the extent of memorizing them, for “to acquire a text by memory is to fix in one’s mind the image and example of the author and his subject.”

Now, of course, my interest was piqued. “…form the basis for living the best life we can…” The author whose work he discusses proposes an emphasis on a new humanism (“Secular Humanism.” A secular solution to a crisis of spirit… hmmmm) as a way to “address the crisis of spirit” that dogs 21st Century man.

I don’t agree with Mr. Fish’s final call. I believe that there is more to studying the greats (in all fields) than just dismissing the humanities (or anything) as an end unto itself. The ideas of learning for learning’s sake and the building of character have sort of fallen by the wayside. And I think that’s the problem.

Now, full disclosure, I’m no genius. While I’m certainly not as learned as Mr. Fish, I do understand his point.

I just have a different question. Rather than ask “do the humanities enoble?” I would ask “can the humanities (or any course of study in my opinion) enoble?”

But you have to be open to the possibility. You must want to be enobled. The humanities holds a mirror up to the human race. If you like what you see, fine. Book your interviews with the biggest and best companies who need real flesh-eating go-getters and get that bonus.

Each time I look into the mirror, I find something that can be improved upon. “A sound mind in a sound body.” Gotta get that work out in after I read Mr. Fish’s article or possibly a piece from the New Yorker.

“To thine own self be true.” Out with that motorcycle jacket and on with the tweed. Thank you very much.

“Honor thy neighbor as thyself.” Sure, we’ll host a dinner for the Neighborhood Association Progressive Party.

We’ve been studying the Renaissance in art history. Humanism is a big part of the quattrocento. And who were all those Renaissance men and women seeking to emulate by careful study? The men of classical antiquity, right? They may have believed in the Platonic Ideal, even as they conspired against one another for political gain. But at least they gave lip service to holding themselves to higher standards. And we got some great art out of the effort.

Now, I take inspiration from many sources. Including Mr. Fish. Who made me reflect a little on how I hope to attain the easy and elegant life. Not by slavish imitation (I will never be Cary Grant, F Scott Fitzgerald or Alain de Botton) — or rote learning — but by careful study, extrapolation and synthesis of that which I find most elegant. In fact, it was an interest that I began to explore in college when I was exposed to the writers of The Lost Generation. Who eventually led me to the biography of Sara and Gerald Murphy by Amanda Vaill, “Everybody Was So Young.” Which got me thinking, who can live this way? Which is why I wound up here, hoping to learn a little and pass along what I learn to those seeking to live the best life (s)he can. And, if I can finish my book and make a few sales, I will have contributed to the economy while making a small impact on this little world of people who want to know…. who might pass along a few rules to a new generation and keep us all a little more civilized.

Yes, I majored in Liberal Arts. And this is sort of a calling.

And it never hurts to be able to quote a little Shakespeare, Proust or Twain.

Thus endeth the not so well-reasoned screed. Off for a run.

And now back to our regularly scheduled programme.

This entry was posted in Elegantology and tagged books, Elegantology, essays, reading. Bookmark the permalink.