Posted on July 2, 2007 by TheElegantologist 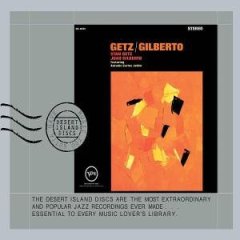 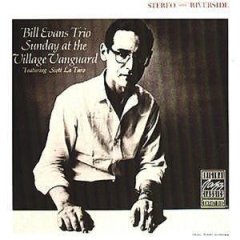 I know that I’ve written about this before, but during last night’s dinner party I had such a strong feeling of déja vu that I thought I should reinforce my belief in creating memorable evenings — especially if you have children.

Evenings begin much earlier than the hour when the first guests arrive. There are the preparations for dinner — shopping, chopping, marinating, selecting the wines, setting the table, getting dressed and finally, choosing the music.

My earliest memories of my parents are inextricably linked to sensory experiences. For example, I remember the sound of the shower at 5:30 in the morning the day that my father returned from the war. But the evenings when my mother and father entertained were magical. The food was prepped, the bar laid out. Then my father would come downstairs in his evening clothes, freshly shaved, smelling faintly of Eau Sauvage, a smile on his face as he opened the doors to the old enamel stove that held the 4-track reel-to-reel tape machine. He would choose something light, probably classical, for the cocktail hour. My mother always made an entrance, even if it was for the benefit of no one but me and my father. I can still hear the tinkling of her numerous gold bangles and smell the Chanel No. 5 that preceded her, ever so briefly, down the stairs. And people wonder why I like old movies…

My own parties always feature a soundtrack by one of two jazz greats. There may be times when they are mixed in amongst the great vocalists — Ella, Sinatra, Lady Day, Deano, Bingo — but they are always the sound that signals that the blue hour has begun and cocktails are soon to arrive.

Astrud Gilberto, Joao Jobim and Stan Getz always make an appearance. “Getz/Gilberto” (and the follow up “Vol. 2”) is phenomenal. And somewhat unexpected if you’re unfamiliar with bossa nova or jazz samba. It’s very mellow and very addictive. Mrs. E. and I gave a copy to her brother as he prepared to ship off for yet another tour of duty in the Gulf. Other Marines may have rattled the desert with Metallica, but Fred soothed jangled nerves with “The Girl from Ipanema.” He told me that he was at first non-plussed by the music, but that it quickly graduated to “repeat” mode on the iPod. Your feelings about the war aside, this is the perfect music to accompany drinks, beach trips or just about any time when you need a lift.

Bill Evans put down everything that he knew about jazz improvisation in a sublime and stunning series of sets at The Village Vanguard in 1961. I never feel half as sophisticated as I do when “Sunday at the Village Vanguard” or “Waltz for Debby” is playing. The Riverside label has just released a remastered three disc set of “The Complete Village Vanguard Recordings, Live 1961”, and while it will reward intense, active listening, the music plays just as well as background for sparkling dinner conversation.

I hope that a brief snatch of melody will one day trigger a smile from my kids and return them to the wonderful evenings when we set the stage for a magical evening.

This entry was posted in Entertaining and tagged Entertaining, jazz, music. Bookmark the permalink.

2 Responses to A Little Night Music